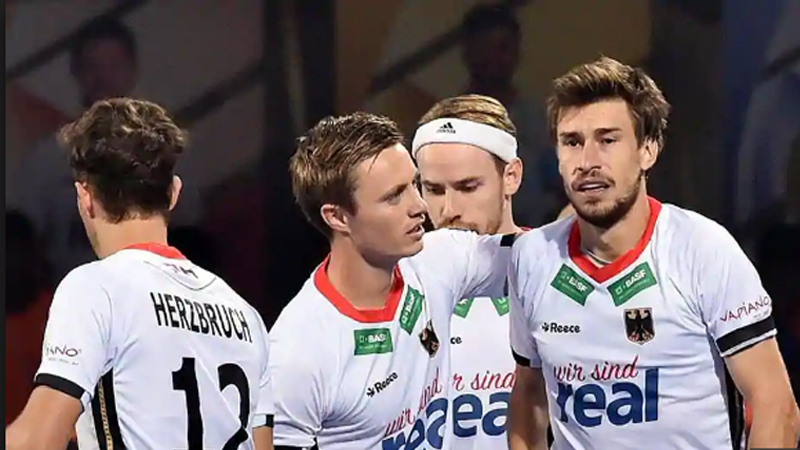 BHUBANESWAR: There were no upsets and the better ranked teams progressed with Germany gaining a direct qualification to the quarterfinals by topping Pool D with nine points, following their 5-3 victory over Malaysia, who got eliminated on Sunday. The Netherlands then crushed Pakistan 5-1 in the final league match of the World Cup to finish second and will take on Canada on Tuesday the winners of which will face hosts India, who are waiting in the last-8. Pakistan also managed to enter the crossovers, where they will face Belgium, by finishing third due to a better goal difference over Malaysia after both finished with a point each.

Twice champions Germany entered the quarters but their victory was far from convincing. They were made to work hard, eventually only scraping through after a thriller at the Kalinga Stadium here. For Germany, Timm Herzbruch (2nd and 59th) and Marco Miltkau (18th and 39th) were on the mark twice each with Christopher Ruhr (14th) scoring once. For world No 12 Malaysia, Razie Rahim (26th and 42nd) scored a brace with Nabil Noor (28th) scoring one goal.

From the high of a 4-1 victory over three-time champions Netherlands, Germany put up a scrappy performance and got past the Asian outfit by the skin of their teeth. “I am happy that we topped the group winning all games. But I’m still disappointed as the team didn’t perform as per expectations in this match. But going with nine points into the quarter-finals will add to our confidence,” said Germany coach Stefan Kermas. The Martin Haner-led Germany got as many as nine penalty corners but converted only one. Malaysia looked under pressure at the start with Germany scoring two goals in the first quarter. Milktau made it 3-0 in the second quarter with a brilliant field goal. But Malaysia then discovered their touch to maintain possession, constantly trying to penetrate into the striking circle. They got two back-to-back penalty corners, both of which they converted just before half-time to come straight back into the contest. However, Miltkau once again gave Germany a two-goal cushion in the third quarter (4-2) but another straight drag-flick by Rahim put Malaysia back in contention (4-3). The last quarter saw some excellent action between the two teams. Germany did not want to give away the lead while Malaysia were desperate for a goal. This resulted in rough play and two Malaysia players were shown cards (green and yellow), reducing them to nine men at one stage.

Despite that Malaysia managed to get yet another penalty corner with two minutes to go. It was fended off by Germany’s defence, and they in typical European style of counterattack, pounced upon their chance. With an empty Malaysian half, Herzbruch, who had scored the opening goal, deflected a superb pass to ensure the final victory margin for Germany.

Dutch thrash Pakistan: Pakistan were no match for the Dutchmen who dominated the entire contest to show their well-oiled machine. Thierry Brinkman, Valentin Verga, Bob de Voogd, Jorrit Croon and Mink van der Weerden scored a goal each for the winners while Umar Bhutta scored Pakistan’s consolation goal. “We are good spirits. The best thing about today’s game was that we maintained the pace for the longer duration of the game,” Netherlands coach Max Caldas said.