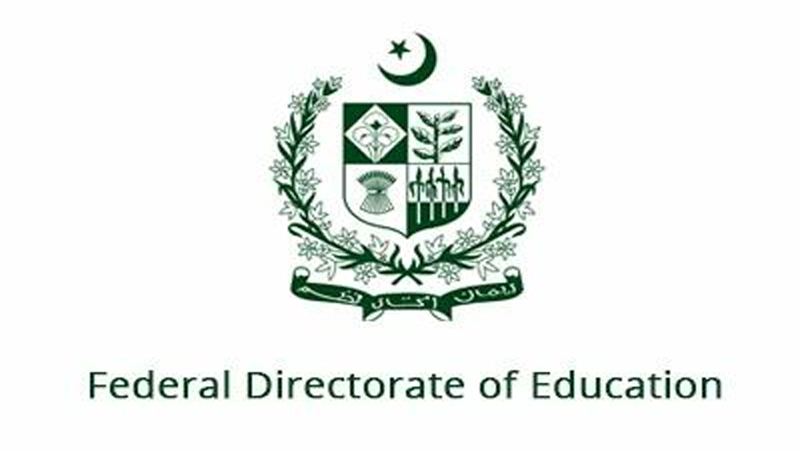 ISLAMABAD: Shortly after his appointment as the head of Federal Directorate of Education (FDE) last week, Dr Ali Ahmed has taken several decisions to “streamline the system”.

On November, the Ministry of Federal Education and Professional Training appointed Dr Ali Ahmed Kharal as FDE director general on additional charge with the consent of the Secretary Arshad Mirza.

Ali Ahmed Kharal is the principal of Islamabad Model College for Boys G-6/3.

Soon after resuming charge, Dr Kharal made some major changes in the directorate that were due since long. Removal of teachers from administrative slots and repatriating them to their respective institutions, putting model instructions setup and FG institutions setup under the same canopy, creation of new sections within FDE and some other such decisions were part of changes made by the new DG.

The FDE has the mandate to oversee official affairs of 423 educational institutions. However, the directorate remained headless for the last many years. Moreover, temporary/ad-hoc basis DGs were appointed, who could not introduce any key policy level change.

According to the obtained information, Dr Kharal has repatriated over 20 teachers to their original educational institutions, who were working against at different administrative positions in the FDE.

As per the rules, teaching staffers are not allowed to serve against any position other than teachers. Besides, the new DG has also reshuffled some other senior officials and officers.

The new DG has been accused of nepotism while transferring and posting officials, a charge he denies. “Although I have some many human flaws but I believe in merit,” he clarified.

Earlier, there were two separate administrative set-ups in the FDE – FG institutions set-up and Model Institutions set-up. Both systems were having separate budget and administrative coup. Soon after holding office, DG Dr Kharal merged both into one unit and named it FG wing. He claimed that apart from the class discrimination, it would save Rs 2 million.

In another move, according to the documents, Dr Kharal has also directed strengthen the monitoring system, while using biometrics and closed-circuit cameras, apart from sending physical evaluation monitors back to their parent schools. The DG has claimed that the main purpose of the decision is to improve monitoring of school officials and students.

Although, Dr Kharal has taken some major changes in a short time span, but there are many other challenges waiting for his attention. A large number of teaching and non-teachings staff posts have been vacant for the last many years. There has been no new hiring since 2009. On the other hand, the authorities concerned have failed to regularise over 1,750 daily wagers working in different schools and colleges.

The FDE monitoring team has found several technical and financial flaws in renovation work done in different institutions under Prime Minister Education Reforms Programme launched by previous government with billions of rupees. It is a major challenge for the new DG to mend all these technical flaws on priority basis to avert any untoward incident in the future. Furthermore, there is no audit of teachers’ performance.

Educationists are of the view that Dr Kharal belongs to teaching circle and he can better introduce and apply ideal academic strategies. They have suggested that the DG should enforce teachers audit on annual basis as well.