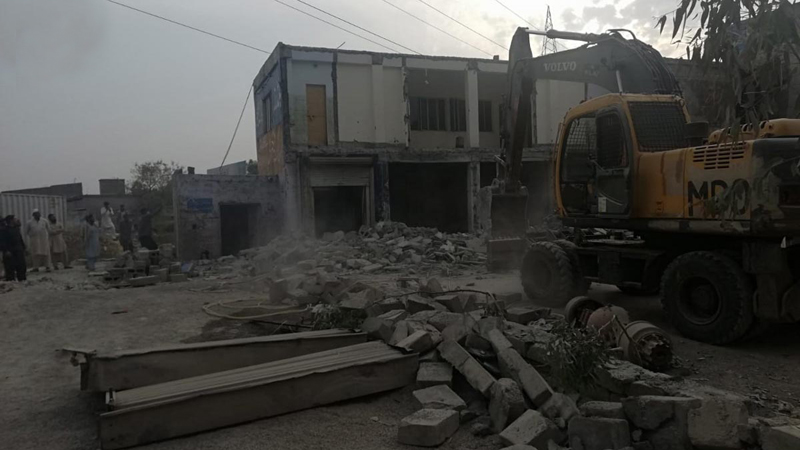 Residents of the federal capital are appreciative of administration’s action against encroachments however at the same time they have railed against special treatment with owners of illegal car parking lots.

Sector-G 8 is perhaps the worst hit by such illegal activity. The residents living in the sector do not have a place to park their vehicles as all parking lots and roads are occupied by these showrooms.

At the same time the administration is targeting all illegal constructions and encroachments.

In this connection, CDA and Islamabad Capital Territory (ICT) carried out a joint operation to remove encroachments/constructions on the right of way of Grand Trunk Road from Sara-e-Kharbooza to Sangjani and demolished several buildings, plazas, markets and illegal constructions from the vicinity.

A heavy contingent of police was deployed to avoid any unpleasant situation. An anti-riot unit of the ICT police was also deployed during the operation.

Furthermore, heavy machinery of MPO Directorate and other formations of CDA were also utilised to demolish illegal constructions.