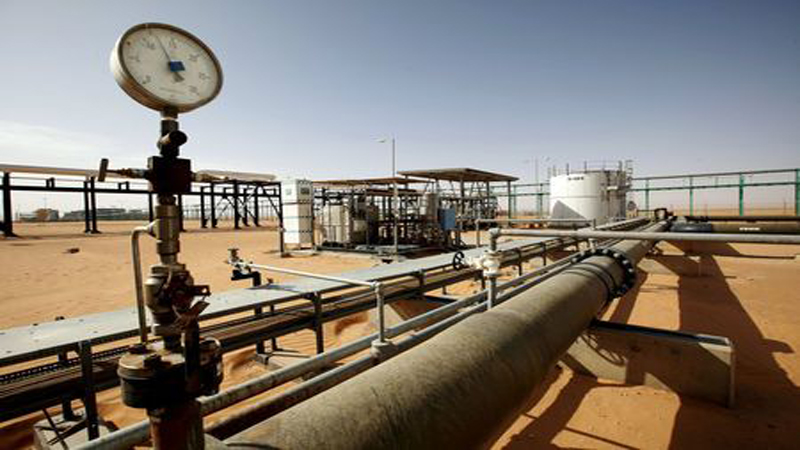 Libyan state security on Saturday threatened to shut down production at the giant El Sharara oilfield but the field remains open, state oil firm NOC said, denouncing what it called an “occupation” of the 315,000 barrels-a-day facility.

“The oilfield at present remains open,” NOC said in a statement, after tribesmen had announced a closure of output after driving with jeeps into the field, located deep in the often lawless southern desert.

But the situation remained tense at the field where engineers said NOC was trying to convince the security guards and tribesmen to back off. The field is linked to the Zawiya port and refinery on the western coast.

A Libyan oil source said oil was still flowing from the field but this could change on Sunday if the situation continued to be tense.

It usually takes times to close a field even after protesters announces it — NOC was now trying to use last-minute negotiations to avoid a shutdown, engineers said.

The tribesmen and the local unit of the Petroleum Facilities Guards (PFG) had in the afternoon announced a shutdown to press for demands of more development.

“We as the force securing the field inform you that the Fezzan Anger Movement entered the field and stopped the production in line with the demands of the movement,” the local PFG unit said in a statement.

Responding to the comments after seven hours of silence, NOC accused the security guards of having facilitated the protests and threatened staff to close the field.

“I salute the bravery of our workers who refused to shut down production in spite of threats faced,” NOC Chairman Mustafa Sanalla said in the statement, warning of “catastrophic consequences” should the field get indeed closed.

NOC demanded the PFG leadership to take “swift action” against the local unit, listing their names in the statement.

Guards have previously forced production stoppages at El Sharara and other oil fields, complaining about salary delays or demanding other financial benefits.

A group of tribesmen calling themselves the Fezzan Anger Movement living in the impoverished areas hosting the El Sharara filed had first appeared in October at the facility threatening to close it unless demands were met.

Fezzan is the historic name of the southern region of Libya where El Sharara oilfield is located.

“El Sharara is closed. We had given authorities a deadline but we got no response,” said the group’s spokesman Mohammad Maighal.

In March the field shut briefly after a local landowner closed a valve in protest against pollution near a pipeline crossing his land.

NOC said he had tried to extort a contract, a commom complaint in Libya where many see the oil firm as entity to go for demands rather then the weak state.

Libya managed recently to boost production to 1.3 million bpd, the highest level since 2013 when a wave of blockages and protests started, part of turmoil since the toppling of Muammar Gaddafi in 2011.