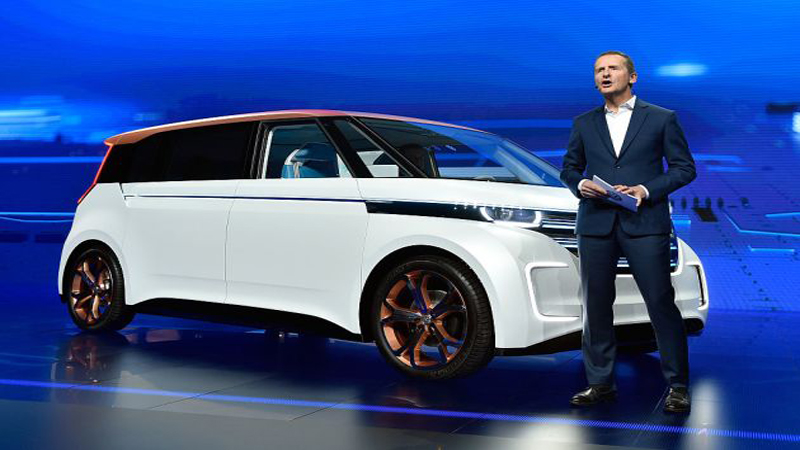 Barring a last-minute hitch, two of the world’s largest automakers plan to announce a far-reaching alliance shortly after the new year, one that will cover a wide swath of territory and a broad range of technologies, new and old.

The deal will serve as something of a jointly played jigsaw puzzle, allowing Ford Motor and Volkswagen to leverage their strengths and offset weaknesses at a time when the global automotive industry is facing not only traditional competitive challenges but the risks posed by massive technological transformation. Among the key elements expected to be part of the deal will be a cooperative effort to bring to market electrified and autonomous vehicles, something each of the companies already has spent billions of dollars developing.

“We are in quite advanced negotiations and dialog with Ford to really build up a global automotive alliance, which also would strengthen the American automotive industry,” Volkswagen CEO Herbert Diess told reporters in Washington, D.C. after meeting with President Donald Trump earlier this week, offering the most substantial comment on the carmakers’ negotiations yet.

The meeting, which included other European auto executives such as Daimler CEO Dieter Zetsche, was aimed at easing trade tensions that have seen Trump threaten to impose major new tariffs aimed at restricting access to the American market by European automakers.

Diess noted that he had told the president VW is “considering building a second car plant” that would supplement the automaker’s existing facility in Chattanooga, Tennessee that has already doubled in size since opening in 2011.

But there appear to be other options Volkswagen is considering as it moves forward with talks with Ford. That includes the possibility of taking over one of the American company’s existing, underutilized assembly plants. It is also possible, several sources close to the talks have hinted, that VW could wind up sharing more than one plant with Ford.

The two have been talking for the better part of a year. Confirming widespread rumors, they formally signed a memorandum of understanding last June that focused on efforts to jointly develop and assemble commercial vehicles.

“Ford is committed to improving our fitness as a business and leveraging adaptive business models — which include working with partners to improve our effectiveness and efficiency,” Jim Farley, Ford’s president of global markets, said at the time.

But Farley offered a clear hint that there could be more to come when he noted, “We look forward to exploring with the Volkswagen team in the days ahead how we might work together to better serve the evolving needs of commercial vehicle customers — and much more.”

How much more is now the central question, but in conversations with senior Ford and VW executives they do little to hide the likelihood that the answer will be “lots.” About the only thing off the table, said an executive with frequent C-suite access, is any sort of cross-equity swap.

Along with the possible collaborations on vans and other commercial vehicles, the talks now have expanded to include:

The sharing of assembly plants in the US and other markets;

The possibility of combining marketing and distribution operations that would leverage each company’s strengths. Ford could play lead in the US, for one thing, while VW would be dominant in Europe and China, both markets where the American carmaker is struggling;

They may work jointly on products in other segments. While VW has been struggling to expand its presence in the booming light truck market, that’s one of Ford’s real strengths;

Perhaps the most far-reaching collaboration would see Ford and Volkswagen partner up on the development of autonomous and electrified vehicles.

Right now, autonomous and fully driverless vehicles remain largely the stuff of science fiction but the technology is expected to begin playing a major role in the transportation world within a decade. A study released late in 2017 by the Boston Consulting Group forecast nearly a third of the miles Americans clock on the road each year could be in fully driverless vehicles operated by ride-sharing services such as Lyft and Uber by 2030.

Those vehicles are also expected to be powered by electric drivetrains. Collectively, hybrids, plug-ins and pure battery-electric vehicles captured barely 4 percent of the US market in 2017, but that has begun to surge, particularly in China, which has enacted strict new regulations promoting zero-emissions vehicles.

Ford’s focus on new technology is underscored by its repositioning as a “mobility company,” rather than an automotive manufacturer. The Dearborn, Michigan-based company was an early player in electrification but is playing catch-up now when it comes to longer-range models capable of challenging the likes of Tesla. Volkswagen, however, is going flat out.

Its Audi brand recently debuted the e-tron SUV that will be the automaker’s first Tesla fighter. A second all-electric Audi, the e-tron GT debuted at this month’s Los Angeles Auto Show. The all-electric Porsche Taycan follows next year, as does the first long-range battery electric vehicle (BEV) under the new sub-brand Volkswagen I.D. The second I.D. model, reports Reuters, will start as low as $23,000, sharply undercutting the Tesla Model 3. There’s an all-electric reincarnation of the legendary VW Microbus, to be called the I.D. Buzz, coming, as well. All-told, the dozen VW retail brands will have close to 50 battery-electric vehicles by mid-decade.

In the wake of its embarrassing diesel emissions scandal — which cost VW about $30 billion in the US alone — the carmaker has become such a believer in electrification that it has indicated a new family of internal combustion engines will be the last developed specifically to run on gasoline or diesel, with the German manufacturer planning to go all-electric by 2030.

The cost is staggering, Diess recently announcing its commitment will cost at least $50 billion over the next decade. Pairing development efforts and parsing up costs could be one of the biggest payoffs from the planned alliance between Ford and VW, experts like David Cole, director-emeritus of the Center for Automotive Research, believe.

The same is the case with autonomous technology. Ford, for its part, has committed $4 billion to autonomous driving, including the $1 billion acquisition of Pittsburgh-based autonomous vehicle development company Argo AI. The US automaker also plans to invest $740 million to transform the long-abandoned Michigan Central Depot — a symbol of Motor City blight — and other buildings nearby into the headquarters of its new subsidiary, Ford Autonomous Vehicles.

“A lot of these things are very long-term, 10, 15, 20 years away,” said Cole. “And the challenge is figuring out how to afford that in the near-term.”

Ford and VW are by no means the only ones looking for synergies that could overcome traditional rivalries. Two months ago, Honda signed on as a partner with General Motors’ autonomous vehicle program, investing $750 million in its Cruise Automation subsidiary and committing to spend nearly $2 billion more over the next decade. The Japanese and American makers previously formed a joint venture aimed at the development and production of fuel-cell technology.

Joint ventures and broader alliances can be risky, however, something GM found out when, in 2005, it tried to exit a dysfunctional relationship with Fiat. The divorce eventually cost it $2 billion. Now, there are growing concerns that the 20-year-old Renault-Nissan-Mitsubishi Alliance could be coming undone following the arrest last month of Carlos Ghosn, the man who initially put it together.

Volkswagen and Ford also know how fragile relationships can be. Four decades ago they combined their operations in South America’s two largest markets, Brazil and Argentina. The joint venture helped them weather a long economic slump but, as the regional economy recovered during the mid-1980s, VW decided to exit Autolatina and go it alone. Because of the way the market had shifted, however, it left Ford in a weakened position that it has never fully recovered from.