The Henriad — a review of Shakespeare’s historical chronology 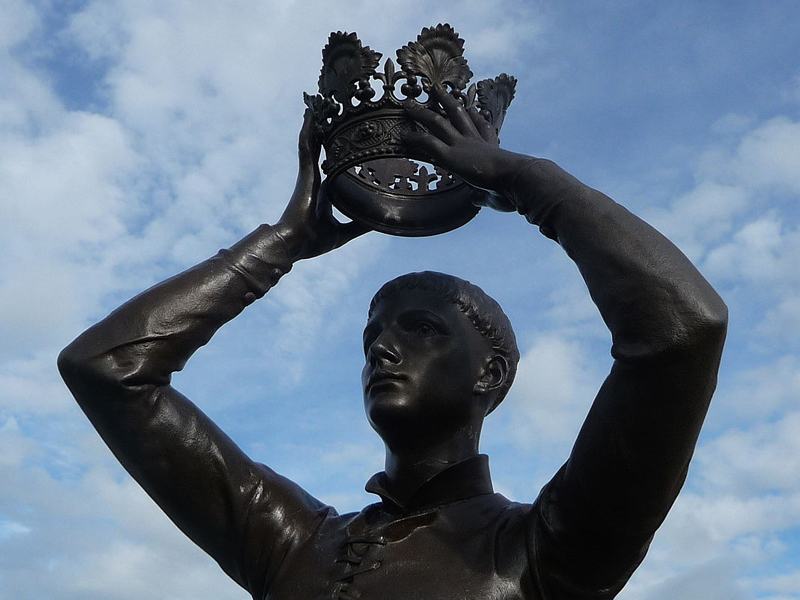 ‘’Yeah, but what if honour spurs me off once I’m on, and picks me out to die? What happens then? Can honour set a broken leg? No. Or an arm? No. Can it make a wound stop hurting? No. Honour can’t perform surgery, then? No. What is honour? A word. What is in that word, “honour?” What is that “honour?” Air. Quite a bargain! Who has it? A guy who died last Wednesday. Does he feel it? No. Does he hear it? No. It can’t be detected, then? Right—not by the dead, anyway. But won’t it live with the living? No. Why? Slander won’t allow it. That’s why I don’t want any part of it. Honor is nothing more than a gravestone, and that concludes my catechism.” (Falstaff)

What makes Shakespeare the Shakespeare had been a question that occupied my mind throughout my Masters and MPhil program. The obsession of my great teacher Sir Siddique Awan and many other scholarly personalities at Government College University (GCU) with Shakespeare has always surprised me especially when many spent hours to grasp his language would turn out to be a wastage of time for me. But I got the answer to this question when I dedicated my recent few months to Shakespeare without having the pressure of exams on my mind, alienating myself from any other literary stuff. So, the tip number one is to read Shakespeare for pleasure.

Talking of Henriad, it starts with Richard II who is defeated by Bolingbroke-King Henry IV who is further succeeded by his son the King Henry V; the Henriad is repleted with the themes of sovereign power, the conflict between graceful kings and civil people, savage rebellions, the forceful recruitment of military men, the mournful fates of women and the question of morality and honour. Richard II announces an unjust banishment for Bolingbroke who later with the help of a bunch of English noblemen comes back and snatches King Richard II of his life and throne both. The following part of tetralogy Henry IV part I, part II deal with the Bolingbroke’s (King Henry IV) reign, his son Prince Hal’s transformation from a spoiled young man to a rightful king and Bollingbroke’s repentance in his last days. King Henry V deals with the excellence of King Henry V and his ambitious aims to rule France as well. Now, keeping aside the dramatic depiction of the political time of England of that time, what makes Shakespeare the Shakespeare is the true nature of his characters. His characters and themes are so powerful that they bridge the division of centuries. They are so strong and so true for today that every single person can identify himself with some character from his work.

The Henriad is repleted with the themes of sovereign power, the conflict between graceful kings and civil people, savage rebellions, the forceful recruitment of military men, the mournful fates of women and the question of morality and honour

However, mismatched in culture and place, these sad downfalls of kings such as of Henry IV, the brutal snatching of youthful lives such as of Prince Hal and Hotspur, the silence of women such as of the Douches of York, Douches of Gloucester, Anne of Bohemia and Isabella of Valois, personal flaws of kings such ad of unjust ruling of Richard II, Hotspur’s impetuous temper, betrayal of Bolingbroke and Prince Hal’s long stay in brothels stir reader’s soul and allow them to have a moment of catharsis, a moment of reckoning.

So, when this loose behaviour I throw off,

And pay the debt I never promised,

By how much better than my word I am,

By so much shall I falsify men’s hopes;

My reformation, glittering o’er my fault,

Than that which hath no foil to set it off. (Prince Henry)

Considering one central character of this tetralogy King Henry V who alone is designed in such a fashion by William Shakespeare that on the very first glance, he is a spoiled brat who feeds on the pleasures of the brothel and when northern rebellions threaten his father’s throne, he proves himself a worthier of the crown. His transformation, especially to the modern readers, is a true hope that a man capable of ill and err is also capable of improvising and do something great. After taking hold of the throne he amends his father’s mistakes such as of excessive taxation, unfair treatment of the members of the nobility and an abusive behaviour towards church and clergy.

One might argue that his behaviour towards his old tavern fellow Falstaff after becoming a king is very unjust. It seems as if he has a stony heart which only cares for the chair and crown.

Know thee not, old man: fall to thy prayers;

How ill white hairs become a fool and jester!

I have long dreamed of such a kind of man,

So surfeit-swell’d, so old and so profane;

But, being awaked, I do despise my dream. (Henry v)

But that’s what makes Shakespeare’s characters real. We hardly witness men of power and nobility to take any notice of the people of ill-repute. Other than Henry, the commoners from London such as Nym, Bardolph and Pistol who are forced to fight for England against France depict the cruelty of sovereign power and their helpless longing to return to their homes.

In short, Shakespeare since Elizabethan Era till today has been the one and only play writer who was a borrower of historical ideas and political situations around him and yet was capable of presenting them with unmatchable originality. Quoting Bacon his works are to be chewed and digested. Instead of giving up after a first read or taking hold of such accounts that ‘Shakespeare is difficult to understand’; I would definitely recommend all literature lovers to start their journey with Shakespeare. You will definitely find out all the universal themes, his work’s relevance to your present era, Medieval and Renaissance British historical knowledge without having read History and the very fact that he wrote for ordinary people, people like you and me.

Best of luck to all the ones who are still unaware of the music of Shakespeare’s language and his world of empathy and reality.