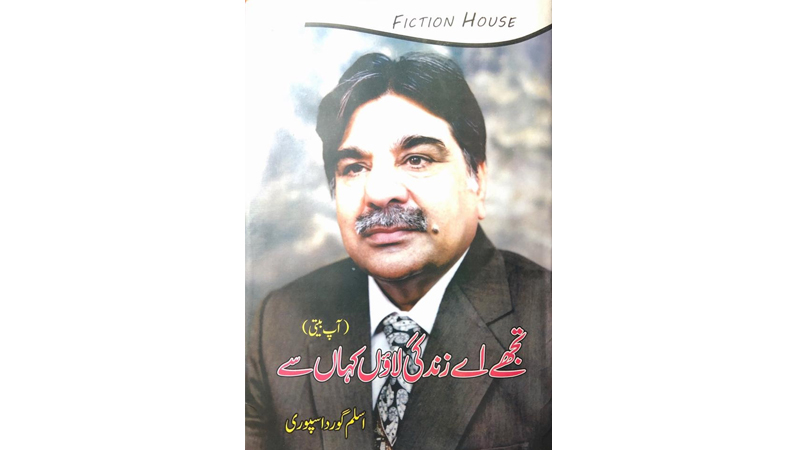 Somebody asked writer Rauf Parekh on the Milligazette Site to name a few autobiographies worth reading. He suggested ten best Urdu autobiographies compiled in chronological order and not in order of preference, based on the importance, relevance, readability and literary and cultural value. The first one is ‘Kaala Paani’ published in 1884 by Jafer Thanesari (1838-1905) who penned this slim volume when he returned from Andaman Islands, where he was imprisoned in January 1866 for about 20 years on the charges of ‘treason’ against the British. The second one is ‘Aamaal Nama’ by Sir Raza Ali (1880-1849), known for its unblemished Urdu and literary style; the book discusses political, social and literary issues of the late 19th and early 20th centuries. The third book is ‘Mushahidaat’ (observations). It is one of the Urdu books banned because of their contents is the autobiography of Nawab Hosh Yaar Jang Hosh Bilgirami (1894-1955). The book (1955) describes, in addition to other things, the royal courts and royal lives in princely states of Hyderabad Deccan and Rampur. The fourth book is ‘Naqabil-i-Faramosh’ (unforgettable) by Sardar Divan Singh Maftoon (1890-1975), a journalist, who began writing his memoirs while in jail in 1943. The fifth book is ‘Khoon Baha’ (blood money) by Hakeem Ahmed Shuja (1893-1969), a playwright, journalist and poet, who grieves in this autobiography the death of some friends, relatives and dear ones. The sixth book in line is ‘Sarguzasht’ (stories of one’s past) by ZA Bukhari published in book form in 1966. The book offers good glimpses of his wit, repartee and pranks. It is also part a history of broadcasting in India and Pakistan, not to mention the beautiful language. Next in line, the seventh and the eighth are Yaadon Ki Dunya (world of memories); it is a well thought out and well-written autobiography by Dr. Yousuf Hussain Khan, an Indian scholar and ‘Yaadon Ki Baraat’, often considered as a controversial book by Josh Maleehabadi (1898-1982). Then is mentioned ‘Jahan-i-Danish’ (the world of wisdom) by Ehsaan Danish (1914-1982) who was a self-made poet. In ‘Zarguzasht’, Mushtaq Ahmed Yousufi narrates his career as a banker: he smiles at difficulties and laughs troubles off. It’s a “must read” for anyone. Then there is ‘Shahab Nama’ by Qudratullah Shahab (1917-1986) who is also a fiction writer and was criticized by Mushfiq Khwaja as a piece of fiction. Some unbelievable incidents apart, it reveals the sorry state of affairs of a nascent country whose people were deprived of democracy. It is one of the bestsellers in recent history.

Gurdaspuri has tasted political onslaught like Jafer Thanesari did but in the form of being declared an outlaw by Ayub’s regime (page 158) for six months (as he was a poet) on the plea that had instigated people for revolution based on a line ‘Dosto Uth Kei Ghulami Sei Baghawat Kar Do’ (Friends, protest against slavery) from one of his poems

Aslam Gurdaspuri’s autobiography ‘Tujhe Aei Zindigi Laaun Kahan Sei’ (how can I bring back my life?) has odour of all above mentioned writers. He has tasted political onslaught like Jafer Thanesari did but in the form of being declared an outlaw by Ayub’s regime (page 158) for six months (as he was a poet) on the plea that had instigated people for revolution based on a line ‘Dosto Uth Kei Ghulami Sei Baghawat Kar Do’ (Friends, protest against slavery) from one of his poems. Aslam also throws light on political, social and literary issues like Sir Raza Ali did.

Aslam was a debater right from student life. He mentions his declamation contest in Multan with pride (Page 50). He also mentions Baba Zaheer Kashmiri’s poetry read in various Mushairas. After he recited his poetry in Punjab University’s Mushaira he (Baba) was banned (Page 115). About his political affiliations, Aslam mentions of his first meeting with Shaheed Zulfiqar Ali Bhutto in Governor House, Lahore in January 1966. He was a disciple of Bhutto Saheb. Aslam gives his observations on the political atmosphere prevalent prior to 1988 general elections (page 231). Benazir Bhutto (BB) was not happy with the exiled leaders of PPP in London like Ghulam Mustafa Khar and Dr. Ghulam Hussain etc. She gave reigns of the party to Farooq Laghari and Faisal Saleh Hayat who selected Jahangir Badar as Punjab PPP president. Ghulam Mustafa Jotoi, Aftab Sherpeo and Meraj Khalid also were not akin to BB’s leadership as Chairman. BB gave Aslam Gurdaspuri the ticket of Haji Asghar Gurki’s area. A rich aspirant Chaudhry Jafer Hussain asked Nahid Khan that his ticket be changed from Shahdara to Gurki. Sheikh Rafiq Ahmad lost from a former army general Ansari. Luckily due to house to house visits for canvassing, Aslam Gurdsuri won the provincial assembly seat (page 347). Apart from helping the poor and distributing the jobs quota to the poor and deserving, Aslam boasts of contesting the PMNL’s minister Dareeshak’s point of order in the provincial assembly that Bhutto was responsible for the breakup of Pakistan. Aslam also was instrumental in the construction of Shahdara underpass. Aslam has taken pains to write on this misunderstanding with BB, offer from Mian brothers to join PMLN and reasons for his leaving politics (page 262).

Aslam says that he is basically a poet and music lover. His basic interests are philosophy, literature and history. According to him his experience of politics and politicians whose job remains political make and breakups did not get along well with his psyche after spending a wholesome life among them. He found Pakistani politics full of jealousy, illiteracy, grudge and animus. Those people who were liars and ruthless, became successful politicians. They made money with unfair means. Aslam says every politician in Pakistan is slave of his own self. He licks the feet of his leaders. Aslam says that he entered politics because of his role model Bhutto. After that era he was a misfit. BB was fine as long as she was following the footsteps of her father. When she was in power, she was victim of the informers of agencies and a large group of opportunists. Aslam therefore decided to be a full time student of literature.

Aslam mentions of he becoming a small time industrialist (page 271), his interest in films and acting (Pages 70-72) and music (page 289-305). Aslam Gurdaspuri has penned his concept of music, famous proponents of classical music including Nurjehan, Hassan Latif Lillat, Zahida Parveen, Ustad Amanat Ali Khan and Ustad Faheem Mazhar. Aslam has mentioned the latter’s contribution to classical music in PTV’s presentation ‘Firdaus Gosh’. He has spoken on his time spent with Master Abdullah in jail. He has written that enticing masses that music is not allowed in religion is because of illiteracy. On one hand the criticism tantamount to the voice of Hazrat Daud Rehmat Ullah Elleh whose voice made birds forget their flights and animals stand in awe, on the other hand the same people enjoy music in marriages and open concerts.

In the introductory paragraphs of his autobiography, Aslam Gurdaspuri states that this book was the first time when he used his heart and soul for his self. Prior to that, he had dedicated all his energies for the people of Pakistan and Pakistan Peoples Party. I often come across him in Lawrence Gardens for evening walks. He has dedicated a separate chapter for the love of this garden. He contends that Quaid-e-Azam was a great person who did not need his name to be used for changing Lawrence Gardens name as Bagh-e-Jinnah. His lovers including him should have created a new garden on his name instead. Equating him with Majeed Nizami and renaming Lawrence Road as Majeed Nizami Road, was also not a wise thing to do. In those days Aslam wrote many columns on this subject remembering Hindus philanthropist who only used their names for hospitals like Ganga Ram, Gulab Devi and Jan Ki Devi Hospitals. Aslam is touchy about this garden that provides oxygen to the visitors with its trees and pathways. Aslam contends that Sir Lawrence had got all the rare species trees and planted them in this garden. While witnessing cutting of trees in guise of development, Aslam feels that it tantamount to murder. Aslam who is basically a poet quoted his couplet ‘Jis Khita-e-Zameen Ka Koi Baghbaan Na Ho/Daikhe Hain Marghzaar Bhi Sehra Banne Hue’ (Deprived of gardener for a garden is equivalent to rich greenery turned into desert) – Page 319. This is just one issue on which Aslam has written with emotional attachment. All other issues have been treated with the same passion in his autobiography. This autobiography is easy to read and encompasses dozens of issues pertaining to the author’s experiences with life’s unending facets! It is the life of an honest intellectual who lived in a rented house all his life despite the fact that he had many opportunities to make money with unfair means. I feel that this book is eleventh in line among most notable autobiographies in Urdu.