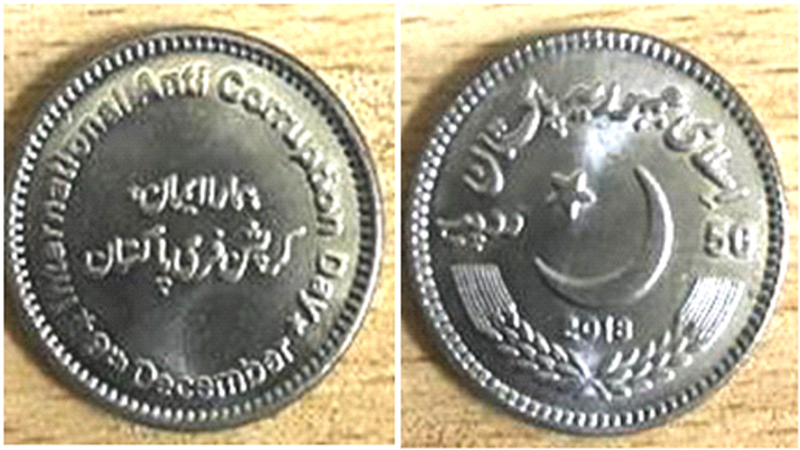 In a statement issued on Friday, the SBP said corruption is a complex social, political and economic phenomenon that affects all countries. Corruption undermines democratic institutions, slows economic development and contributes to political instability.

The convention entered into force in December 2005. The Federal Government has authorised the State Bank of Pakistan to issue Rs50 Commemorative Coin of International Anti-Corruption Day.

These coins will be issued through the exchange counters of all the field offices of SBP Banking Services Corporation from December 10, 2018.The metal composition of this coin is Cupro-Nickel with 75 percent copper and 25 percent nickel. The coin’s dimensions are 30 mm and its weight is 13.5 grams.