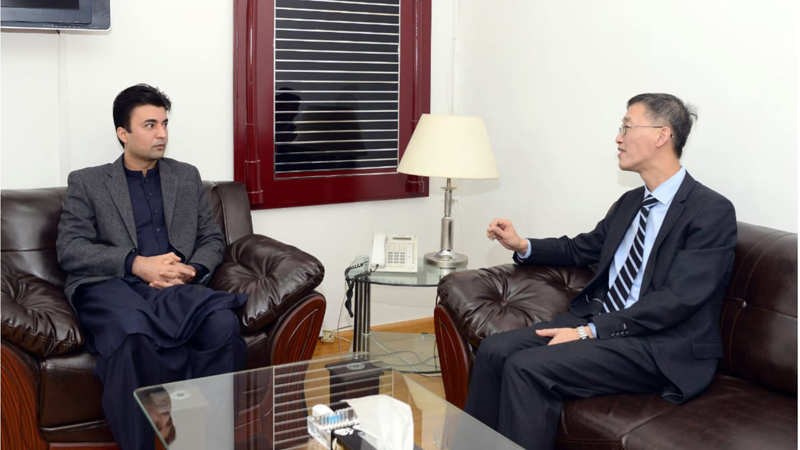 Pak-China friendship is higher than the Himalayas. Both countries are bound in diplomatic, political social and economic relations spreading over decades, which are constantly gaining strength with the passage of time. The China-Pakistan Economic Corridor has further strengthened this friendship, said the minister while meeting Chinese Ambassador to Pakistan Yao Jing at Ministry of Communications.

He said, government of Pakistan was fully committed to development of the economic corridor. The CPEC is a symbol of Pakistan and China’s time-tested economic and strategic partnership. “The project promises opportunities for the people of Pakistan and the entire region as well.”

Chinese Ambassador Yao Jing said that the Chinese government would continue its efforts to bring more investment to Pakistan. He desired to further expand the range of economic cooperation between China and Pakistan.