Four months ahead of schedule on coal and power plant projects: CM Murad 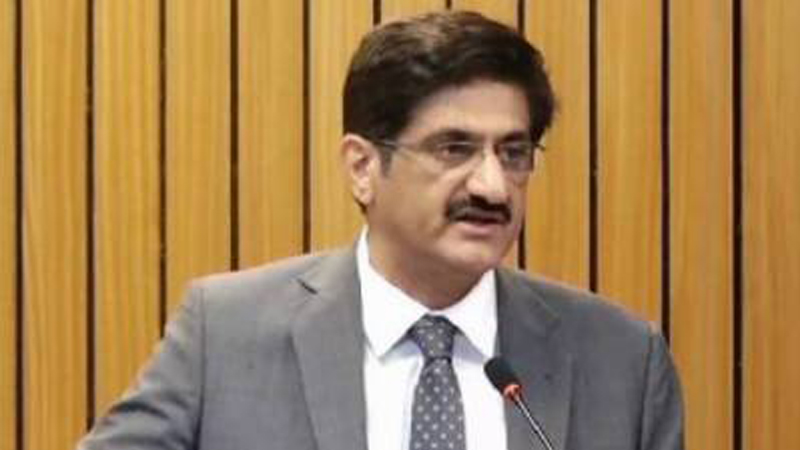 Sindh Chief Minister (CM) Syed Murad Ali Shah said that Thar Coal Mine and coal-fired power plants were being completed four months ahead of their schedule.

“This is the success story of the project in which people were reluctant to believe in and now we are going to inject first electron in the national grid in February,” said the Sindh CM while reviewing the progress of Thar coal mining and power plant projects at Islamkot on Thursday.

CM Shah said that the royalty of Thar Coal and power project would be around Rs1.8 billion (bn) which would be spent on the development of Thar and its people.

The chief minister was told that 94 percent progress had been made in mining work against the planned 88 percent till the first week of December. He was informed that burden had been removed and the current depth of the mines was 154 meters (m).

It is pertinent to mention here that chief minister Murad personally visited and examined the coal excavated from the mine. He took up a piece of coal in his hands proudly said that this was black gold for which “our Shaheed Rani (Benazir Bhutto) had started the project but that project could not see the light of the day. “Now we have completed her mission,” he announced.

The chief minister was told that 44 M m3 ground water had been discharged into the Gorano pond and more than 23 million safe man-hours had been completed without lost workday injury (LWI). It was pointed out that 3584 people were working on the mine and out of them 3329 were Pakistani. He was told that out of them, 2364 were Tharis.

The chief minister, just after briefing of the coal and power projects handed over a cheque of Rs 50 m to Thar Foundation’s chief executive officer (CEO) to provide fodder to 20,000 families of Islamkot taluka for their cattle. “We are committed to the people of Thar and we would not only fulfil our commitments with them but go a step further and give them more,” he said. He added that he was working out a plan to spend major portion of royalty of coal and power projects on development of Thar and socially uplifting its people.

Addressing the people of Thar and their elected representatives, the chief minister said that the PPP government in Sindh had spent Rs70 billion (bn) on the development of infrastructure, airport and other projects in Thar.

The chief minister also visited a kitchen garden pilot project at Tharerio Halepoto village. The garden had a small fish pond and vegetables to meet the need of two to three families. The chief minister said that such projects should be encouraged so that people of Thar could enjoy healthy vegetables and fish.

The chief minister said that the Thar Foundation, an organisation of the Sindh government and Engro, was constructing a hospital of 250 beds at a cost of Rs 2 b against which Sindh government had already released Rs 50 m. He added that the first block of 82 beds would be made functional in February 2019.

Speaking of resettlement of displaced people, CM Shah said that a new village New Senhri Goth had been established to provide shelter to 172 families by December 20. “We have not only provided them (displaced people) with well designed 1100-sqaure meter houses with all facilities such as kitchen, toilet and corridor but have also given them jobs, compensation of their houses (previously situated at the mining site), education and health facilities at their new village.

The chief minister also told the people present in the briefing that Thar Foundation was establishing 25 schools on which work was going on fast track. He also said that the foundation hae sent a batch of 90 children to do a three-year Diploma of Associate Engineering and over all 500 youth would be imparted training and education.