‘Disabled persons should be given equal opportunity to participate in elections’ 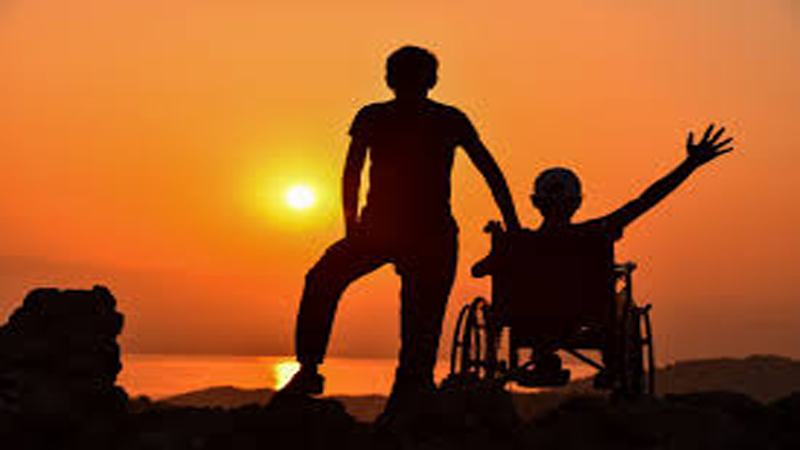 Chief Election Commissioner (CEC) Justice Sardar Muhammad Raza said on Tuesday that inclusive elections are fair where every citizen of the country is able to play their role.

He was speaking on a panel discussion on inclusive electoral processes to commemorate International Day of Persons with Disabilities organised by Election Commission of Pakistan (ECP) at ECP Secretariat.

“The inclusion of disabled persons in electoral processes is one such matter that merits consideration and effort,” the CEC said, adding that Article 25 of the Constitution states that “all citizens are equal before law and are entitled to equal protection of law”.

The CEC spoke of the ECP’s work to contribute to Pakistan’s efforts towards achieving the 2030 Agenda for Sustainable Development, referring to Sustainable Development Goal (SDG) 10 and 11. He went on to elucidate reforms taken for the 2018 General Election, including postal ballots for disables persons, measures to register them in electoral rolls and allowing visually impaired voters to be accompanied by assistants.

Justice Sardar Muhammad Raza said the ECP was fully cognisant of the issues faced by disabled persons during the 2018 electoral process, announcing that the ECP will make the secretariat and the four provincial offices accessible for persons using wheelchairs. “During the next year, ramps will be built at ECP offices as part of these initiatives for greater access and inclusivity. I hope that when we commemorate the international day for disables persons next year, the secretariat and provincial offices of the ECP will be accessible by then for persons using wheelchair,” he added.

On the occasion, Nighat Siddique thanked the participants and panellists for attending the event. She made a special mention of the ECP’s Gender & Disability Electoral Working Group which comprises relevant government and non-government organisations.

“This working group has grown over the last few years to become a regular initiative between the ECP and civil society organisations at the national and provincial level,” she added.

She said the group was supporting the commission in voter registration and voter education initiatives and helping find solutions to the challenges faced by socially excluded groups such as disabled persons, transgender persons and religious minorities.

UNDP Country Director Ignacio Artaza congratulated ECP for successfully conducting General Election 2018 in which there were above 800,000 polling staff and 80,000 polling stations.

“It is heartening to see that ECP is committed to furthering inclusive electoral process,” he said.

He appreciated the measures taken by the ECP for inclusive voter education and accessible electoral process.

In his remarks on the occasion, DAI-Tabeer team leader Amir Khan Goraya commended ECP’s rapid implementation of Elections Act 2017 in such a short period of time. He said all stakeholders including government; civil society organisations and international development partners need to work together on the agenda of inclusion of persons with disabilities and other socially excluded groups in the electoral and democratic process.

A panel discussion with disables persons and voters was held where panellists, including Raja Imran, Saira Shams, Maria Qureshi and Zulqurnain Asghar, who discussed issues faced by disabled persons as candidates and as voters. The session was moderated by Abia Akram.

Imran Hussain said he was one of the first from persons with disabilities to contest on general seat in General Election 2018. He said the ECP took many first-time steps to ensure inclusion including holding multiple consultative meetings with persons with disability prior to General Election 2018 and addressing their concerns. He appreciated the fact that 80 to 85 percent of those concerns were taken into account during GE 2018. It was also acknowledged during the panel discussion that many initiatives for inclusion of disabled persons including piloting braille posters were taken by ECP.