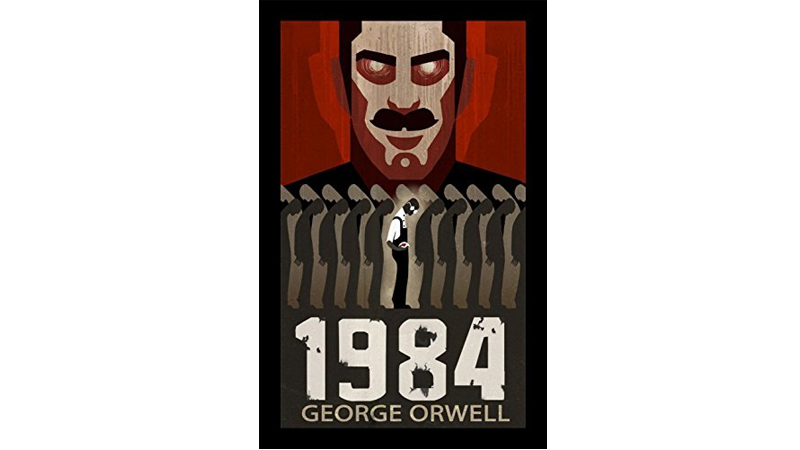 George Orwell’s well-known dystopian novel, ‘1984’ envisioned a grisly future of the world where everything is controlled by the state. “Big brother,” a supreme authority closely watches and monitors the talk, walk and all the activities of the citizens to secure the national interest of Oceania state. The state of Oceania happens to be in a constant war with other enemy states, however enemy changes with the time and no one knows which state is exactly an enemy. The story further reveals that standard political values and rationality do not apply on the very state ; for example, if someone witnesses even with his eyes and ears that needs to be rejected for the sake of greater party interest.

Even so in the politics of Oceania state, Winston appears as a bizarre hero who believes in civil liberties, free will and humanity; and due to his independent thinking, he is perceived as rebellious and a traitor. The rule of the land says that one who disobeys the oppressor, must be punished and oppressed. The ‘supreme’ authority does not only challenge Winston’s free will, he is physically and emotionally tortured, consequently; he quits questioning authority and endorses the political repression. In the end of the book, he falls in love with Big Brother and in return, is declared a normal and loyal citizen.

The novel comprises of distinct but interesting terms however three terms like ‘thought-crime’ (independent political thinking and desire unapproved by the party), ‘two minute hate’ (uttering hatred against the enemy after watching propaganda movies) and ‘newspeak'(language with limited vocabulary) are very popular and quite relevant to the politics of Pakistan.

Although, George Orwell’s well-known dystopian novel, ‘1984’ is about an imaginary society; Oceania, the political oppression and lack of free will has a resemblance to current happenings in Pakistan

Although 1984 is about an imaginary society; Oceania, nevertheless it has a resemblance to current happenings in Pakistan. The situation seems quite hazy as no one exactly knows what is happening and how things need to be fixed? Yet, whatsoever is happening is destructive specifically for institutional mechanism of governance and generally for the growth of society. The reflection of the terms used by Orwell like two minutes hate or hate week where people used to develop the emotions of hatred against their enemy can be observed in local politics. In Pakistani politics, the representatives of different political parties, utter hatred against each other and their supporters commemorate hate days, weeks and months after watching political talk shows. Electronic and social media is being used as a vital tool in order to discredit the country’s political parties in an organised way.

Similarly thought-crime can also be examined in the current situation; free political desire has been termed as a crime. The political workers and supporters of a particular political and constitutional ideology are not honored and perceived as ignorant and sometimes even traitorous. It is supposed that they are not aware about the ground realities and know nothing about the mechanism of governance. Hence independent thinking or free political desire comes under thought-crime. 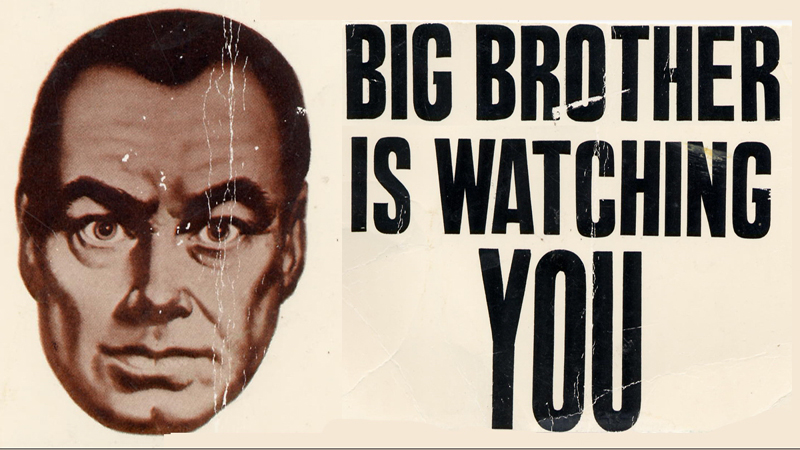 Newspeak (in the novel) designed and promoted to diminish the variety of existing political thoughts, can also be inspected in Pakistani politics through the speeches and hard and soft actions of powerful actors and their minions. few accepted democratically and constitutionally words and terms are being eliminated or replaced by new words for the sake of “grand political purpose”.

A shallow but powerful anti civil liberty ideology has been constructed through consistent propaganda of electronic and social media against the constitutional narrative. Specific sort of information is permitted to get out with a specific purpose. The current strategy to counter media is very different from the conventional approach. Some media houses are under censorship and few are getting sponsorships. The good thing about propaganda is that it has a short life span; however, its impact on state and societal structure lingers long after its demise.

Clearly, the country is heading towards an Orwellian Age where everything is controlled by force, fear, economic disparity, propaganda, misinformation, and oppression. Orwellian Age is a direct threat to a rational and progressive society because free thinking and independent political desires are discouraged and suppressed. The situation of Pakistan is not different than Oceania, where the state or ‘supreme’ authority enjoys limitless power. Only a powerful civil and constitutional narrative can rescue from this lunacy but if the reaction of civil forces remains puny and compromised, certainly the Orwellian Age will grow and coerce the entire political structure. Consequently, the gauche and gawky tenure will be continued where insanity is termed as new sanity; abhorrence is replacing the reverence and abnormal is becoming the new normal.

The writer is a freelance journalist and Mphil Scholar, International Development Studies