Christianity as practiced today is not what Jesus of Nazareth had laid down his life for. It was an uprising against the status-co when it started. The poor peasants had stood up against the crooked clergy who were using religion (Judaism), with support from the Roman governor, to subjugate them. Jesus was crucified as a rebel when he attacked the stalls of the money-lenders and publically challenged the High Priest at the Temple. Following his sacrifice, Jesus’s movement spread and undid the religious establishment under the leadership of his brother James. Fearing the growing influence of this reformist movement, the religious establishment used the ultimate trick in their arsenal.

Paul (real name, Saul of Tarsus) was a committed enemy of the movement and made life difficult for its followers whenever he could. Sensing its triumph, he had a ‘vision on the Road to Damacus’ and became a fervent follower of Jesus. Being a charismatic individual, he rose through the leadership ranks quickly despite being reprimanded on several occasions for his extreme views and violent tactics. It did not take him long, as Saint Paul, to hijack the ‘Christian’ leadership while working closely with the Roman authorities. Reza Aslan, in his best-seller ‘The Zealot’, narrates how a reformist movement malformed its revolutionary character to becoming just another organised religion, and was titled Christianity.

Islam was also revolutionary as it spread quickly in the Arabian Peninsula and beyond. However, around 700 CE, the closet Magians (Zoroastrians) and their collaborators, were busy setting up old (Arab) and new (Ajami) Muslims against each other. Towards the end of Banu Umayyad rule, a major spilt was instigated among Muslims where they supported the right to rule by the descendants of Hazrat Ali or otherwise.

A new ascetic dimension in Islam was also being introduced, knowingly and unknowingly, by some who sought salvation but wanted to stay neutral. Wasil bin Ata was the first intellectual to see through this trap — he broke away from ibn al-Hanafiyyiah (grandson of Hazrat Ali) over the issue of Imamate and then from Hasan al-Basri, a mystic, over the nature of the faith. He went on to promulgate Free Will and Rationality as the way forward to break this quagmire of traditions (Ahadith), mysticism, and politics (Shia-Sunni).

Bin Ata’s doctrine spread in subsequent years where his successors not only defeated their adversaries scholastically but also protected Islam from the onslaught through Greek Philosophy. Islam was on the march when the Barmakids sensitised their friend and Caliph Harun al-Rashid about the growing influence of the Rationalists and its political repercussions.

He asked the Barmakids to use their proverbial skills to neutralised the movement. Not long after, a Shia-Sunni split was caused among the Rationalists and those inclined towards the Shiite left Basra to set up base in Baghdad under Bishar ibn al-Mu’tamir. The Baghdad (Imami) Rational School grew closer to the Abbasids including al-Ma’mun, and their creed prevailed, sometime under duress, throughout the Kingdom. But the ultimate scheme had not unfolded yet.

Allama Iqbal was the most prominent proponent of ‘Reconstruction of Religious Thought in Islam’ in the subcontinent. He started with much zeal around 1908 but soon got busy with national politics and nearly gave up after being declared an infidel following the publication of ‘Asrar-i-Khudi’

Abu al-Hasan al-Ash’ari studied at Basra Rationalist School. He was a senior and eminent pupil. He suddenly clashed with his teacher over the doctrine of free will and left the school. Soon afterwards he received ‘divine support’ to set up his Ash’ari School where rationalist methods were exploited to defend orthodox notions like eternal Quran.

The Ash’ari belief in predestination, that everything happens as a result of ‘God’s will’, was music to the ears of the politically manipulative Caliph al-Mutawakkil. He used this doctrine to coerce the people to accept their ruler — whether just or unjust, kind or oppressive. After all, his rule was part of the “God’s will” and beyond contention. He adopted the Ash’ari creed in the Kingdom and hunted down the Rationalists relentlessly.

Al-Ash’ari and his successors did to Islam what Paul had done to Christianity. The Ash’ari creed took over all aspects of social, political and religious life in Islam and continues to dominate till today. Along the way, al-Ghazali and Ibn Taymiyya appeared but only to annihilate rationality.

The Rationalists were exterminated and their academic achievements were systematically twisted and destroyed. They were made to appear as heretic philosophers who believed reason was more fundamental than revelation. Shiites, meanwhile, developed their own persecutory narratives that matured over centuries, sometimes splitting into dissident off-shoots, with their peculiar theologies which can only be understood in the paradigm of persecution, isolation and survival. As a result, Islam also become just another organised religion.

Some had fought back over time to reorientate the Muslims; but only received admonition and persecution. The shackles of organised clergy are so strong that Islam remained but only a hostage. Allama Iqbal was the most prominent proponent of ‘Reconstruction of Religious Thought in Islam’ in the subcontinent. He started with much zeal around 1908 but soon got busy with national politics and nearly gave up after being declared an infidel following the publication of ‘Asrar-i-Khudi’. He did point the way forward for those who want to pursue this work. He guided how we could relive the original Islam only through the Quran, which itself is lost due to Magian-inspired translations and exegesis based on Ahadith and Shan-e-Nazool.

Allama Iqbal’s guide to reviving Islam is ingenious. He believed that the Quran is the only reality in Islam. And to understand true Islam one does not need anything except the Quran; and to understand Quran, one does not need anything except the Quran because, according to God, it explains itself. Since, similar to a great poetry, the Quran is untranslatable, its real meaning can only be established by ascertaining the meaning of the ‘key words’ in the Quran which carry invariable concepts within them…. (To be continued) 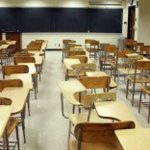 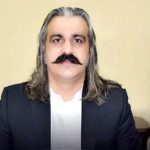