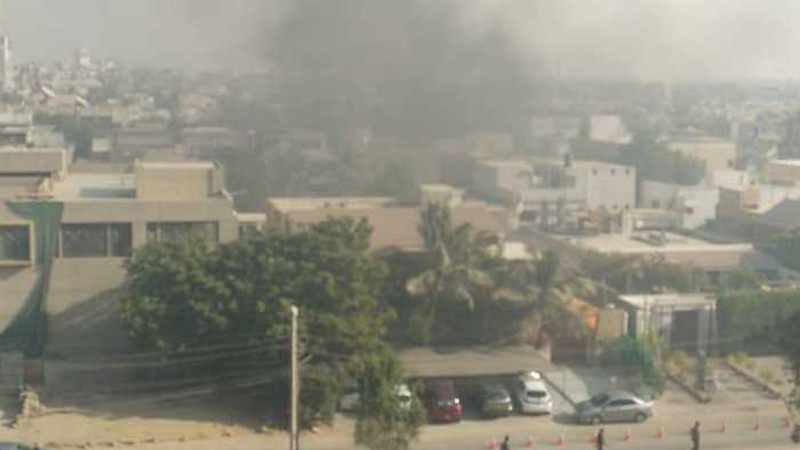 Hours after an attack at the consulate building in Karachi, the Chinese Embassy in Islamabad Friday asserted that any attempts to derail ties between the two brotherly nations will never succeed.

“Any attempt to undermine China-Pakistan relationship is doomed to fail,” a statement issued by the embassy said. “We strongly condemn the terrorist attack at the Consulate-General in Karachi. The situation is under control and three terrorists have been killed. There are no Chinese citizens killed or injured in the attack,” the statement said.

“We appreciate the Pakistani Army and police for their timely and proper action against the attackers. We extend our deep condolences to the two Pakistani policemen martyred in the attack,” the embassy said.

“We believe that the Pakistani side is able to ensure the safety of Chinese institutions and personnel in Pakistan,” it concluded. Separately, Chinese Foreign Ministry Spokesman Geng Shuang told a regular press briefing that all Chinese consular staff members and their families were safe following the attack. “China strongly condemns any violent attacks against diplomatic missions and requests that Pakistan take practical measures to ensure the safety of Chinese citizens and institutions in the country,” Geng said.

“The United States condemns in the strongest terms attack on the Chinese Consulate in Karachi,” US Chargé d’Affaires Paul Jones said in a tweet shared by the US Embassy in Islamabad. India’s Ministry of External Affairs also shared a statement on Twitter by spokesman Raveesh Kumar saying, “We condole the loss of lives in this dastardly attack. There can be no justification whatsoever for any act of terrorism.” “The perpetrators of this heinous attack should be brought to justice expeditiously. Such terrorist attacks only strengthen the resolve of the international community to combat terrorism in all its forms and manifestations,” it added.