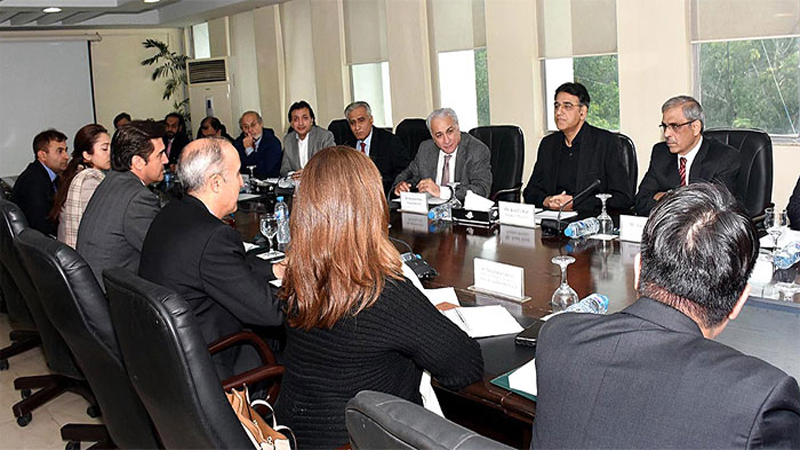 KARCHI: Pakistan and the International Monetary Fund (IMF) have entered final round of talks, with both sides hopeful of reaching an understanding despite ‘differences’.

“Pakistan has extended talks with the IMF after the two sides failed to agree on the terms of a bailout package, a Finance Ministry official said on Tuesday, with a final deal now expected by mid-January.

Finance Ministry spokesman Noor Ahmed said there were still some issues to be ironed out.

“We have covered a lot of areas in terms of convergence of views,” Ahmed said. “But there is some more distance to be covered and that’s not much. Another 20 percent of distance has to be covered.”

Ahmed said Pakistan would “stay engaged” with IMF officials to resolve the outstanding issues and “over the next two weeks we will bridge those gaps”. A final deal is now expected to be signed off by mid-January.

The IMF said in a statement the two sides had made “significant progress towards reaching an understanding on policy priorities and reforms that could be supported by a financial arrangement with the IMF”.

Mission head Harald Finger said there had been “productive discussions” during talks that began on November 7.

“There has been broad agreement on the need for a comprehensive agenda of reforms and policy actions aimed at reducing the fiscal and current account deficits, bolstering international reserves, strengthening social protection, enhancing governance and transparency, and laying the foundations for a sustainable job-creating growth path,” he said.

Pakistan is seeking its 13th bailout since the late 1980s to deal with a current account deficit that threatens to trigger a balance of payments crisis.

Pakistan has already devalued the currency five times, slashing its value by more than a quarter, and hiked its main interest rate by 275 basis points since January, to 8.5 percent.

Analysts say more rises are on the horizon.

Prime Minister Imran Khan has also obtained short-term loans worth about $6 billion from Saudi Arabia. Staunch ally China has also promised to help, though it is unclear how much Beijing will contribute.

Islamabad is discussing a bailout worth about $6 billion with the IMF, according to local media reports.

The IMF is pushing Islamabad to enact structural reforms needed to rebalance the economy, and rein in spending that has boosted growth but blown out the government budget. Pakistani officials fear this will further hurt economic growth.