US hopes for peace accord with Taliban by April 2019 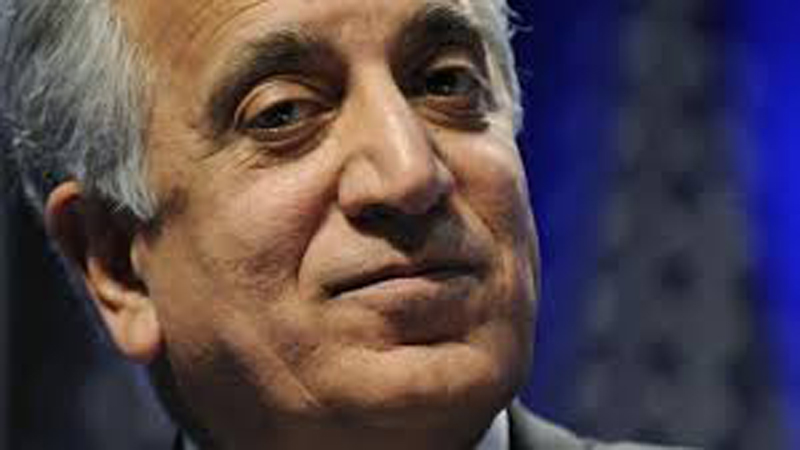 ISLAMABAD/KABUL: The US special envoy to Afghanistan hopes to cement a peace deal with Taliban by April 2019.

Zalmay Khalilzad, in Kabul to lead talks between the United States, the Taliban and the Afghan government, told reporters at the US embassy in Kabul that he hopes ‘a peace deal is reached before April 20 next year’, when Afghanistan is planning to hold a presidential election.

The Afghan-born US diplomat said he remained ‘cautiously optimistic’ about the peace talks, adding that the end state of the talks would be “peace and a successful Afghanistan, one that doesn’t pose any threats to itself and to the international community”. He said there is an opportunity and potential for reconciliation and peace although the roots of the conflict in Afghanistan are complex as it not only has internal dimensions but also external. “The Taliban are saying that they do not believe they can succeed militarily and that they would like to see the problems resolved by peaceful means and by political negotiations … and I know the international community particularly the US also likes that,” he said.

The US envoy described his mission as ‘difficult and challenging’ but said there is a potential and that “all sides need to organize themselves to seize the potential opportunity and to put Afghanistan on the path towards political settlement and end to the war and the conflict that is on-going.”

He pressed the Kabul administration to form an ‘authoritative and inclusive’ delegation that could represent the Afghans, adding that the Taliban have already formed a team. He did not directly reply to a question about reports regarding suggestions to delay the presidential elections and form an interim government. “The important issue in Afghanistan is peace … the US supports peace and the US supports efforts of the election commission for holding that elections. I hope that the Taliban and other Afghans would use the election date as a deadline to achieve peace agreement before then. That will be my hope … I think that will be the hope of Afghans as well because the sooner we get peace the better it will be … because violence will end, participation will be broader, the outcome will be more broadly accepted. But it happens or not, it is not only in the hands of the government but the other side, the Taliban, must also agree,” he said.

The US envoy has been shuttling between Qatar-based Taliban and the Afghan leaders in Kabul over the past few days, trying to broker a settlement to end the conflict in Afghanistan. He returned to Kabul on Sunday after wrapping up his meetings with the Taliban in Qatar where they have political office.

A Taliban official, aware of the Taliban political activities, confirmed to Daily Times that Khalilzad held a series of meetings with the Taliban for the second time in less than two months.

Taliban spokesman Zabihullah Mujahid and the group’s political office refused to comment on what was discussed in the latest round of meetings. However, a Taliban official, who has knowledge of the Qatar negotiations, said the Taliban and the US have not reached any decision like release of prisoners held at Bagram and in Afghan jails, reopening of the office and lifting travel ban and other sanctions on the Taliban leaders.He told Daily Times that Taliban want delaying the upcoming presidential elections and formation of an interim government in Afghanistan under an impartial personality who should lead the future talks.

The Taliban official, who requested not to be identified, said Khalilzad has suggested a deal in six months, however Taliban argue the time is not enough and it should be extended. He also proposed a ceasefire and that the talks should continue during the ceasefire. “Taliban have rejected the suggestion of ceasefire and insisted progress on their demands,” he further said. He confirmed the participation of the Guantanamo inmates Mullah Khairullah Khairkhwa and Mulla Fazil in the talks with Khalilzad for the first time.

The Taliban have inducted senior leaders in the negotiation team for the formal talks, however the Afghan government has yet to form its team.

Khalilzad has also postponed his visit to Pakistan, apparently due to his hectic meetings with the Taliban negotiators, the US embassy and Pakistani officials confirmed Sunday.

The State Department announced this month that Khalilzad will travel to Afghanistan, Pakistan, the United Arab Emirates, and Qatar with an interagency delegation from November 8-20 to ‘advance the goal of an intra-Afghan dialogue and negotiations that include the Taliban and lead to a sustainable peace.’ “It was postponed for scheduling reasons. Ambassador Khalilzad anticipates returning to Pakistan in the nearfuture,” a US embassy spokesman said. A Pakistani official also confirmed the visit is postponed but declined to cite any reasons.