Jonestown survivors lost only life they knew, built new ones 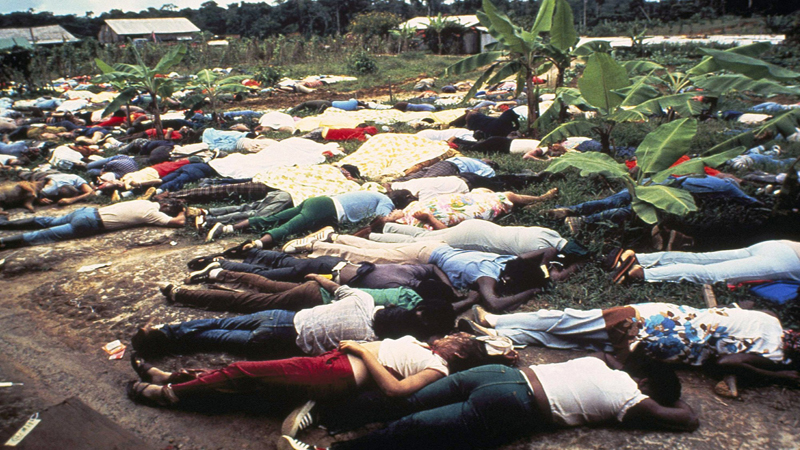 Jonestown was the highlight of Mike Touchette’s life — for a time. The 21-year-old Indiana native felt pride pioneering in the distant jungle of Guyana, South America. As a self-taught bulldozer operator, he worked alongside other Peoples Temple members in the humid heat, his blade carving roads and sites for wooden buildings with metal roofs. More than 900 people lived in the agricultural mission, with its dining pavilion, tidy cottages, school, medical facilities and rows of crops.

“We built a community out of nothing in four years,” recalled Touchette, now a 65-year-old grandfather who has worked for a Miami hydraulics company for nearly 30 years. “Being in Jonestown before Jim got there was the best thing in my life.”

Jim was the Rev. Jim Jones — charismatic, volatile and ultimately evil. It was he who dreamed up Jonestown, he who willed it into being, and he who brought it down: First, with the assassination of US Rep. Leo Ryan and four others by temple members on a nearby airstrip on Nov. 18, 1978, then with the mass murders and suicides of hundreds, a horror that remains nearly unimaginable 40 years later.

But some lived. Dozens of members in Guyana slipped out of Jonestown or happened to be away that day. Plunged into a new world, those raised in the temple or who joined as teens lost the only life they knew: church, jobs, housing — and most of all, family and friends.

Over four decades, as they have built new lives, they have struggled with grief and the feeling that they were pariahs. Some have come to acknowledge that they helped enable Jim Jones to seize control over people drawn to his interracial church, socialist preaching and religious hucksterism.

With their lives, the story of Jonestown continues, even now.