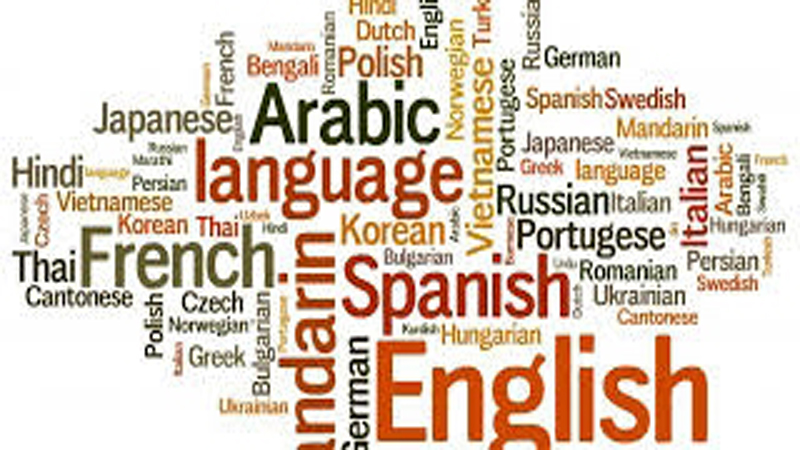 Technology has completely blown the world lately. On a scale of millions of years of humankind and the earth, recent couple of centuries in general and previous two decades in particular are but a micro dot. But, oh my, what bombastic progress and what unforeseen horizons of human intellect and scientific advancement. We live in a post-human era now. But, this gigantic, unprecedented change is not without a cost: we have seen how devastating this modern development has been to our ecology, and mother earth. It was mainly the Western industrially developed countries which paved the way for such catastrophic destruction as global warming. But, this was not the only menace that hails from West. And a parallel can be drawn, I believe, with ravaged environmental ecology: devastated linguistic ecology.
In the postcolonial era and with the advent of globalisation, English has emerged as an unequivocal and unchallenged global language but the one which has caused almost all the languages of the world to suffer huge losses. Language death is not an uncommon phenomenon now. It is not hard to encounter English language devouring on smaller languages. Due to its annihilating, imperial nature, concerns have echoed from all over the world to preserve the torn up linguistic ecology. Along with that, just the way global warming is affecting oblivious and concerned alike; similarly, it is not just smaller languages only which are suffering but English, too, is a victim of disruption in linguistic ecology. This fact may come as a surprise to many, but believe it or not, linguists – especially those from English-speaking countries – are concerned over how English is going to survive being in its original form after spreading so much that in today’s transnational era, mutual intelligibility between two ‘Englishes’ is becoming increasingly harder e.g. Nigerian English cannot be understood by even an ‘untrained’ native speaker of English. For other languages and English, fight is the same, ends too the same: survival, preservation. Just like nations worldwide are wedging a war of survival against global warming with too little time left to maintain ecology, various nations have started to pull together their efforts to preserve their languages.

Just like nations worldwide are wedging a war of survival against global warming with too little time left to maintain ecology, various nations have started to pull together their efforts to preserve their languages

However, the million-dollar question here is, how to preserve languages which are either dying or fading away gradually or losing their original shape? There are a number of ways nations around the globe have tried to address this question.
One of the ways, as experimented by France was to stop French from being “contaminated” with or “corrupted” by any other languages, English specifically. But, this purism did hardly become advantageous to French language. In this era of post-humanism, post-globalisation and transnationalism, one cannot help coming in contact with other nations, and their cultures and languages subsequently. English, in particular, is an unavoidable language at glocal (both at global and local) stage. So, should we allow English to penetrate our languages? Lexically first, and then grammatically and finally overtaking the entire linguistic scenario with utmost dominance and power? Some countries have actually given in too quickly to the hegemonic character of English and have adapted it quite the way defined hitherto. Countries like Singapore and Nigeria have played a role of comprador for imperialistic, hegemonic English.
Another way is to limit English to the bay: using it for foreign purposes and let it not trespass the national borders.But this has been impossible for any country wheresoever situated. Even the most powerful nations like Russia, China, Germany and Scandinavian countries could not keep themselves untouched profoundly by English language. China, once championed its indigenous languages has the highest number of English language learners in its country. Global interconnectedness and interdependence needs a common language to communicate rapidly, a language is needed to connect all the localities regardless of borders and boundaries, a fluid and transnational entity which can bind billions together, English is there to fill the gap. Therefore, we come back to same point: English is inevitable.
What to do then? There is this third approach, more realistic one: developing the right attitudes. Attitudes determine the life and death of any language. It is a given, we cannot escape coming in contact with other languages, English especially. It has done the damage to others and to itself albeit very subtle. Let us accept this fact as we have accepted the losses we have sustained at the hands of global warming. The way forward is pondering over how to prevent ourselves from further damage. The first step is to change our attitudes, the way we first changed our attitude to the issue of rising temperatures. Just as the solution to global warming became possible once nations around the globe sat together and pledged to fight the monster back to survive, in the similar fashion, governments globally need to huddle together to take a vow to preserve all of the remaining languages. Secondly, it was not just collective global effort but each country set goals for itself to save environment for better future, in the same manner, governments must make local efforts to meet the global plans of achieving a balanced and healthy linguistic ecology. The central question is, how to preserve languages despite the contact between powerful and weak languages? Japan presents a wonderful model through its “Japanese spirit with Western learning.” Learning languages with additive attitudes. Additive attitude works like vaccination to avoid even contagious diseases and keep our languages immune from getting affected. The way forward lies in adopting positive attitude towards one’s own language, developing it to make it thrive.
This has to be done by state and intellectual class through a joint venture. State must create opportunities which require the learning of local languages; gatekeeper to success must not be English rather indigenous languages. Instrumental need is more powerful than emotive or cultural urge. People will be more prone at learning a language which helps them survive economically. Take for example the case of difference between enrolment at Khana-e-Farhang (Iranian cultural center in Karachi where Persian language is taught) and Pakistan-American Cultural Center. Numbers speak for themselves. On the other hand, intellectual class has to ensure maximum production of expression in local languages. Out of this intellectual class, there is a stratum of applied linguistics who have to ensure the development of local languages at all levels and who have to bring out research at par with changing lingual needs.

To conclude, just as we are fighting global warming together and bring back environmental harmony, we must put up same efforts to revive the cultural harmony that once world enjoyed.