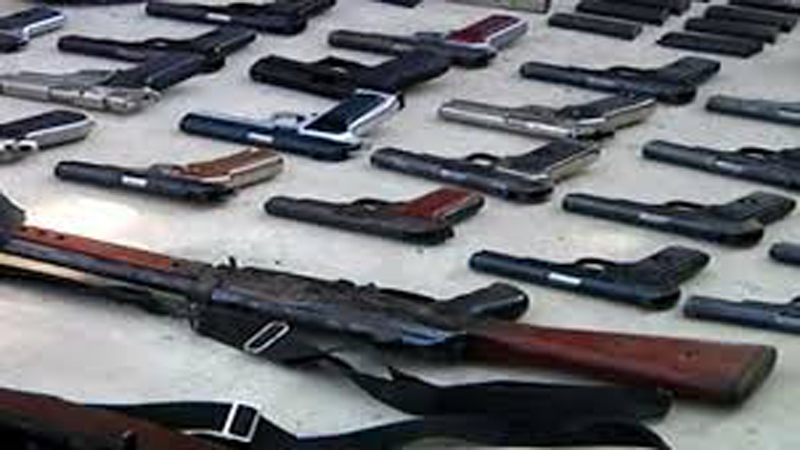 ISLAMABAD: The federal cabinet has partially lifted a ban on issue of licenses for the prohibited bore weapons.

The decision was taken last month at a cabinet meeting chaired by Prime Minister Imran Khan.

“Ban on issue of arms licenses may be lifted to the extent of general officers or equivalent/officers/others ranks of military for prohibited bore licenses,” minutes of the cabinet meeting held on October 18 read.

The previous government of Pakistan Muslim League-Nawaz (PML-N) had suspended licenses of automatic weapons falling in the prohibited bore category and had directed the license holders to convert their automatic weapons into non-automatic ones. The previous cabinet had approved the decision on December 5, 2017, and a notification in this regard was issued on December 26, 2017, by the Interior Division.

The minutes of the Oct 18 meeting revealed that former leader of opposition in National Assembly Syed Khursheed Shah as well as over hundred other lawmakers had requested the prime minister to withdraw the said notification. The Senate standing committee on interior in its meeting held on February 6, 2018, had also recommended the government to cancel the notification.

The federal cabinet, in its meeting held last month, formally withdrew the notification but with a little modification. The cabinet also decided to constitute a committee with minister of state for interior in the chair and comprising representatives of all the provinces and the public to discuss the matters related to issue, validity and mode of issuing the prohibited bore licenses in future and suggest the way forward.

It is worth mentioning here that former and current parliamentarians in the country collectively possess licenses for around 70,000 weapons of the prohibited bore.