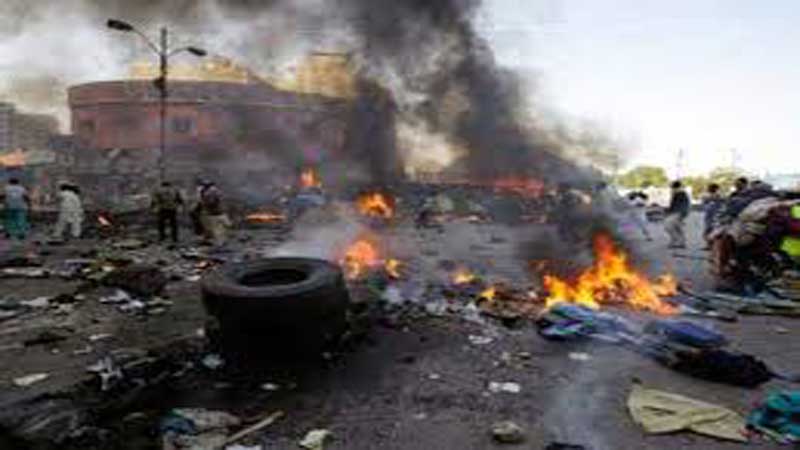 A civilian died and three others suffered injuries when a bomb went off in Eidak, a village on the outskirts of Mir Ali in North Waziristan tribal district on Friday.

In an incident on Thursday, three security personnel were wounded in a landmine explosion in Razmak area in the same tribal region.

The deceased and the injured were shifted to Miran Shah and Bannu hospitals where the latter were given medical treatment.

About the earlier incident, local officials said security personnel were patrolling in Dosli area of Razmak when the landmine device went off, leaving three security personnel wounded who were shifted to Dosali hospital for treatment. The spokesman of the Pakistan Army, Major General Asif Ghafoor, in a statement, said that a captain embraced martyrdom in Mohmand district of Khyber Pakhtunkhwa when he was neutralizing the landmine device.

Following sporadic incidents of insecurity in parts of tribal districts, the tribal people, some weeks back, had held a protest demonstration in Peshawar, demanding beefed-up security amid rising incidents of target killings. In May this year, the people of Mir Ali, the second populated town after Miran Shah, in North Waziristan staged protest against surge in the incidents of targeted killings in the region. At that time, protesters blocked the intersection in the center of the town after three people, including the son of former MNA Maulana Muhammad Dindar, were killed. Frequent attacks sparked unrest in the region where at least 10 people have been killed last May. Not a single suspect has so far been arrested.