* Afridi says no one can be placed on no-fly list until proven guilty
* Asia, her family are in Pakistan and being provided security by government 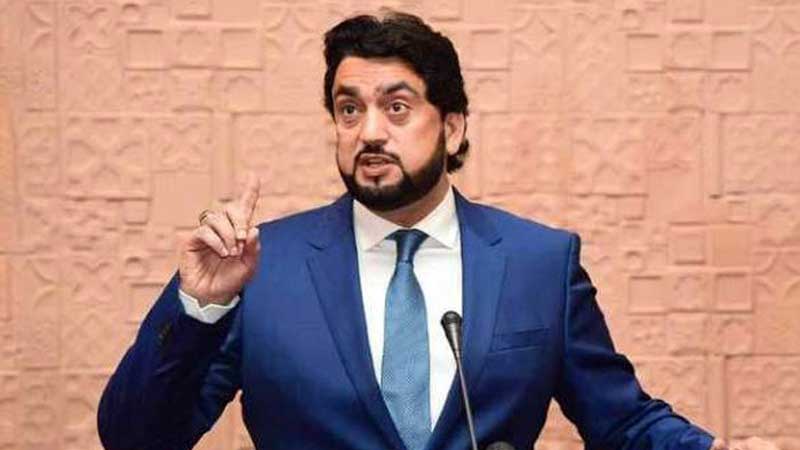 ISLAMABAD: Minister of State for Interior Shehryar Afridi Wednesday said the federal government will uphold the Supreme Court verdict and not place Asia Bibi’s name on the exit control list (ECL) until she is proven guilty.

“Until someone is proven guilty, how can we place his name on the ECL? There can be no question about that,” the minister told Voice of America in an interview. “The government will uphold whatever the Supreme Court decides,” he asserted, in response to a question about an agreement signed between government and the Tehreek-e-Labbaik Pakistan (TLP) which stated that ‘due process will be followed immediately to include the name of Asia Bibi in the ECL’.

Afridi said the rumours circulating about Asia Bibi leaving Pakistan are false. “Asia Bibi and her family are in Pakistan and they are being provided security by the government,” he added.

The Supreme Court on October 31 acquitted Bibi after blasphemy charges could not be proven against her and ordered her immediate release. Following the verdict, violent protests erupted in several cities across the country wherein public properties were damaged and vehicles set on fire. The demonstrations also saw blockades of roads, closure of schools, colleges and universities, as well as cancellation of examinations.

Speaking about the countrywide protests following the top court’s verdict acquitting Bibi, Afridi said among the protesters, there was a group of people who damaged public properties for their own personal gains. He said the Tehreek-e-Labbaik Pakistan (TLP) leaders who signed an agreement with the government to end the demonstrations have already distanced themselves from those miscreants. “When we informed TLP leaders of the miscreants and showed them the footages, they refused to accept them as their workers,” he added.

Speaking about arrests of the rioters, Afridi said, “Those arrested will be treated in a legal manner. I assure you there will no compromise on the supremacy of law.” “It is the clear stance of prime minister and the entire State machinery that there will be no compromise if anyone breaks or challenges the law,” he asserted. “All Pakistanis, no matter which religion or school of thought they belong to, are the responsibility of the State. No one can be given a license to play with the lives and properties of others,” he added.

Referring to the law and order situation in the wake of the SC decision, Afridi said that hateful speeches are made even in more civilised countries. He said when the protests broke out, the government decided against the use of force, subsequently engaging with the TLP. “In Balochistan also, one who surrenders his arms is forgiven,” he said, while defending the government’s decision to not proceed against the rioters with force. When asked whether the protesters had also laid down their arms, he called attention to the fact that an apology from the TLP was one of the points included in the agreement.

The TLP ended sit-in demonstrations on Nov 2 after striking a deal with the government that would ensure that the government would not object to the review petition filed against Asia Bibi’s acquittal by the top court and the legal process to place her name on the ECL would be initiated immediately. Besides agreeing to investigate in accordance with the law any deaths which took place during the course of protests, the government also agreed to release all protesters arrested since October 30.

However, a day after striking the deal with TLP, the government swung into action against the party by launching a crackdown against the people who vandalised the public properties. The action was taken on the directions of Prime Minister Imran Khan who ordered the arrest of the people who were engaged in vandalism.