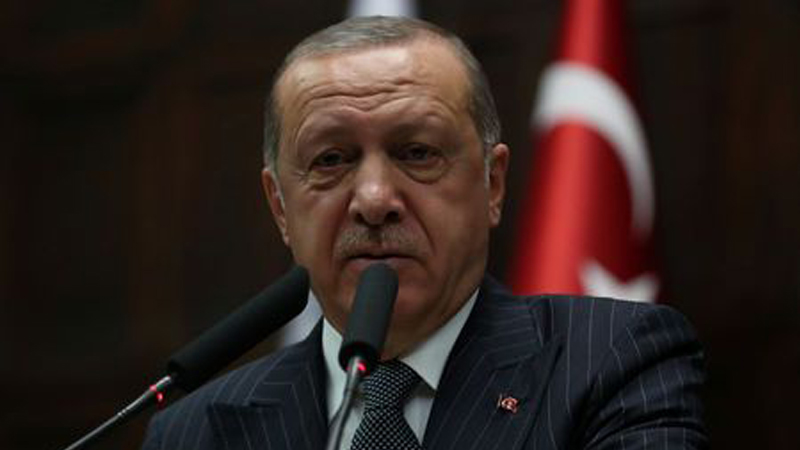 Turkish President Recep Tayyip Erdogan on Tuesday hit out at new sanctions on Iran imposed by the administration of President Donald Trump, saying they were aimed at upsetting the global balance and against international law.

Washington on Monday announced the sanctions on the Islamic Republic that aim to isolate the country’s banking sector and slash its oil exports. Turkey was one of eight countries exempted from the demand to stop buying Iranian oil.

“We don’t find the (Iran) sanctions appropriate,” Erdogan was quoted as saying by the state-run Anadolu news agency.

“Because to us, they are aimed at upsetting the global balance,” he added. “They are against international law and diplomacy. We don’t want to live in an imperial world.”

“While we were asking (for) an exemption from the United States, we have also been very frank with them that cornering Iran is not wise. Isolating Iran is dangerous and punishing the Iranian people is not fair,” he told a press conference during a trip to Japan.

“Turkey is against sanctions, we don’t believe any results can be achieved through the sanctions,” he added. “I think instead of sanctions, meaningful dialogue and engagement is much more useful.”

Washington has imposed two sets of sanctions this year after pulling out of a nuclear pact agreed between world powers and Iran that President Donald Trump slammed as ‘defective’.

Washington has granted eight countries, including Turkey and Japan, waivers to allow them to continue importing Iranian oil without facing diplomatic consequences.

Mainly Sunni Turkey has a complex relationship with Shia Iran that has seen disputes notably on what Ankara has seen as moves for domination of Iraq by the majority Shia community.

But the two countries are also working closely on a host of issues, notably ending the conflict in Syria even though both Ankara and Tehran are in theory on opposite sides of the civil war. Iranian oil and gas exports are also crucial for resource-poor Turkey.

The new sanctions have sparked furious reactions from Iran, whose President Hassan Rouhani said the country would “proudly bypass your illegal, unjust sanctions”.

On Monday, Washington vowed to be ‘relentless’ in countering Iran, with Secretary of State Mike Pompeo saying the US wanted Iran to make a “180-degree turn” and abandon its “current revolutionary course”.