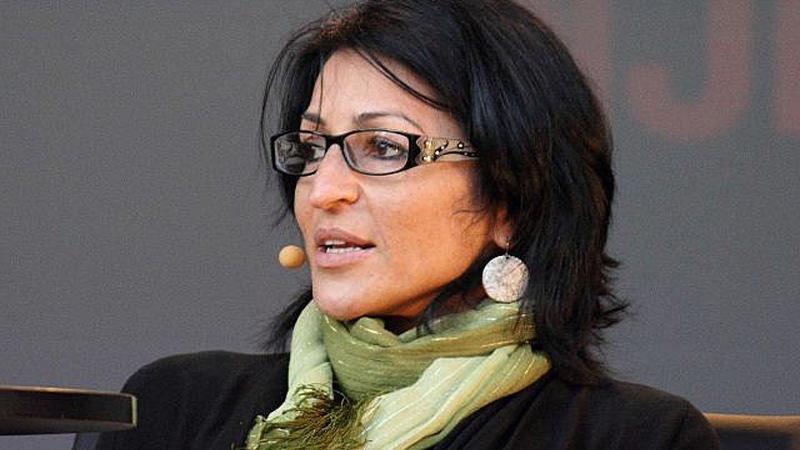 New York: The Coalition For Women In Journalism strongly condemns the detainment and deportation of Susan Abulhawa. The Palestinian-American writer was detained at Israel’s Ben Gurion Airport and later ordered deported back to America where she resides, after appealing the order through her lawyer.

Abulhawa was traveling to attend the Kalimat Palestinian Literature Festival, which is held in Jerusalem, Haifa, and around the West Bank. Israel’s Immigration Authority spun news coverage on the detention, telling local media that Abulhawa was not refused re-entry. However, through our network of journalists covering the region we have learned that detentions of Palestinian voices have been increasing, often because of involvement in the boycott, divestment and sanctions (BDS) movement against Israel.

“Detentions are one of the modern methods used by countries to silence free speech,” says CFWIJ founding director Kiran Nazish. “It is not only to limit travel and access to the country itself, but also to set a precedence of hurdles, discouraging the larger community. It works effectively, and we have seen a stark increase worldwide. It should be treated as a core method of intimidation by the international community that strives for a transparent world, and condemned with the seriousness that these methods require to be discouraged.” She adds, “We recognize that Palestinian writers play a key role in representing the under told stories of each square meter of that land, where we know that news is controlled and silenced on a daily basis. In that sense, Palestinian writers fill a void left by a censored press. We recognize that obstructing public access to important voices like Susan’s is most definitely to heighten the bar of censorship. We unequivocally condemn this.”

CFWIJ spoke with Susan Abulhawa after she reached her home in the United States. “Israel always has all sorts of bureaucratic reasons for its crimes, whether demolishing homes, murdering people, or deporting Palestinians,” she says. “There is no free speech for Palestinians in Israel. See the case of Dareen Tatour, who was imprisoned for writing a poem. Sabotaging literature festivals is tantamount to book burning.”

“Palestinian writers bring important perspective to the international community’s understanding of what’s happening in the world and their voices should never be silenced,” says Jill Langlois, a member of CFWIJ’s advocacy team. “Censorship is never acceptable and should not be used as a means of punishment under any circumstances.”

“The Israeli-Palestinian issue is extremely controversial, but there are two sides to this conflict,” says Sulome Anderson, director of advocacy at CFWIJ. “Unfortunately, the public is largely getting only one side, and that’s partly due to censorship. The detention of Susan Abulhawa is an extremely troubling indication that female Palestinian voices are being silenced, and CFWIJ strongly condemns this effort to control the narrative coming out of that region.” According to our #HeForShe supporter, Asad Essa, who has been following this specific occurrence as well as other detentions by Israel, it’s not surprising that Susan was detained and declined entry. “Israel repeatedly denies entry to writers and activists who are seen as too close to the boycott, divestment and sanction campaign,” he says. Azad, who is the author of three books and a long-time journalist and editor, points out that “there is a systematic attempt to punish those who are unapologetic in their condemnation for Israeli crimes.”

Susan’s work has been translated to 19 languages. One of her notable works include Mornings in Jenin, a work that received critical acclaim for offering literature at the heart of a bitter struggle for Palestine.

After being deported from Israel for the second time in three years, Susan Abulhawa posted the following statement regarding the literature festival she was unable to attend to Facebook:

“Since my deportation, I read that Israeli authorities indicated that I was required to “coordinate” my travel with them in advance. This is a lie. In fact, I was told upon arrival at the airport that I had been required to apply for a visa to my US passport, and that this application would not be accepted until 2020, at least five years after the first time they denied me entry. They said it was my responsibility to know this even though I was never given any indication of being banned. Then they said my first deportation in 2015 was because I refused to give them the reason for my visit. This, too, is a lie. Here are the facts:” Her full statement can be read here.

Understanding the political nature of this incident, Susan Abulhawa will be taking her case to the Israeli High Court. We urge the international community to follow and document the case as it happens. We believe full and realistic coverage of this issue will bring true light to how they harm public access to information.