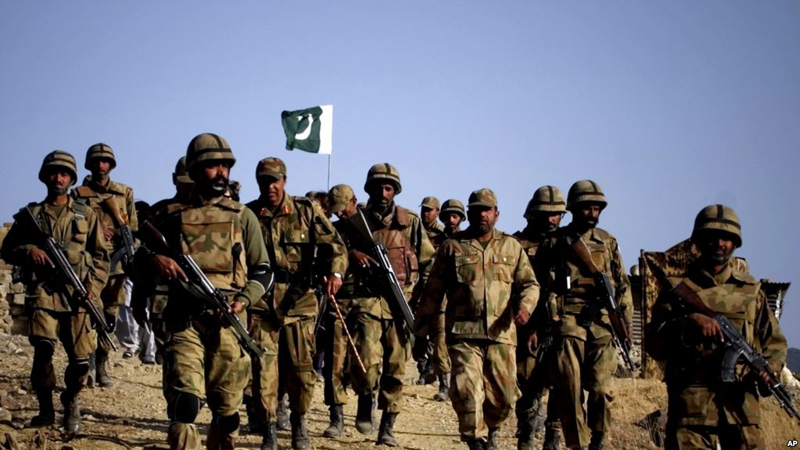 Pakistan Army Friday said it was close to winning the ongoing war against terrorism.

“Army is working on eliminating terrorism from the country … and we are close to winning the war against terrorism and our attention should not be diverted,” Inter-Services Public Relations (ISPR) Director General Major General Asif Ghafoor told the state-run Pakistan Television (PTV) in an interview.

“All Muslims love Holy Prophet (Peace Be Upon Him) and there can be no compromise on that,” he asserted in response to a question about protest by religious parties against acquittal of Asia Bibi in a high-profile blasphemy case. “Islam teaches us peace, forgiveness and love,” he said. “We should not drift away from what Islam teaches us, nor the law,” he said. “We want the situation to be resolved in a peaceful manner and in accordance with the law and constitution. People should refrain from statements against the army,” he said, stressing that the matter should not be pushed to the level where army is given the responsibility to tackle the situation.

The ISPR chief appealed to the religio-political parties to seek a legal solution to their grievances. Referring to a review petition filed by Qari Salam against the Supreme Court’s decision, he said they should wait for the court to decide the matter. “Asia Bibi case is a legal matter. The case was being heard in courts for the past 10 years. It is a legal matter and it will be better if the law is allowed to run its course on the matter,” the ISPR chief said, adding that it was unfortunate that the military is dragged into every issue.

In reply to a question about Tehreek-i-Labbaik Pakistan (TLP) chief Khadim Hussain Rizvi’s statement wherein he had alleged that the armed forces had threatened to ‘eliminate’ them, Maj Gen Ghafoor said members of the Inter-Services Intelligence (ISI) were part of the delegation that was sent to negotiate with the protesters. “During negotiations, discussions can get heated,” he said. “These decisions are very difficult … you have to tackle law and order situations, like the current one,” he said.

To another question, he said it was up to the government to decide what steps it wanted to take to tackle the situation. “Army will only take action against protesters if government asks for its assistance.”