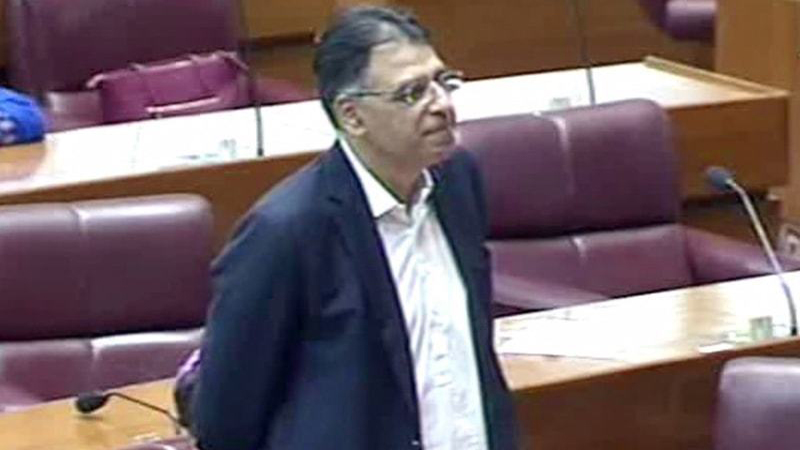 “Repayment of this debt is not an easy task. However, our government is determined to put Pakistan’s economy on the right path,” the foreign minister said, and called for evolving a ‘charter of economy’ based on national consensus to steer the country out of the current economic crisis.

Responding to the points raised by PPP’s Khursheed Shah, Qureshi said the country is faced with chronic economic challenges, adding that it is the responsibility of both opposition and treasury to work together to pull the country out of the situation.He said the government will give due consideration to any suggestions by the opposition.

Qureshi also refuted reports regarding landing of an Israeli aircraft in Islamabad, terming those ‘baseless’ and ‘fictitious’.

He maintained that the Saudi economic assistance for Pakistan carried no conditions, adding that Pakistan was not sending any troops to Yemen. “We only want to play a positive role for promotion of unity amongst the Muslim Ummah,” he said.

Finance Minister Asad Umar said the government would be obtaining an IMF bailout package for the last time to steer the country out of the current financial crisis. He said Pakistan faced a trade deficit of $35 billion, causing depreciation of the rupee against US dollar.

Assailing the PML-N, he said the budget deficit soared to 6.6 percent of the gross domestic product (GDP) during the previous government’s term. He said the PTI government simultaneously approached friendly countries and the International Monetary Fund (IMF) to fend off a looming economic crisis, adding that the government was seeking financial assistance from friendly countries to negotiate better terms with the Fund.He said while a delegation of the Fund has been already asked to visit Islamabad at the earliest for talks on a bailout package, the government has yet not decided to seek the bailout from the IMF.

Speaking about a bailout from Saudi Arabia, Asad Umar said the kingdom agreed to provide $3 billion worth of oil on deferred payments in addition to another $3 billion to be deposited in the account of the State Bank of Pakistan. Agreements worth $9 billion were reached with the kingdom for a period of three years, he added.

He said the government wanted to take the China-Pakistan Economic Corridor (CPEC) to the next level by establishing special economic zones. He said a bilateral trade framework was being worked out to reduce the deficit of trade with China.

Referring to speeches by members of the opposition, the minister said the begging bowl cannot be broken by just making emotional speeches as practical steps were required for the purpose.

Later, the opposition parties staged walkout in protest against departure of Asad Umar. Khurshid Shah said the opposition would not take part in discussion on the economy until the minister returns.

Taking part in the debate on poor economic situation, PML-N leader Ahsan Iqbal said the government would have to show seriousness to take the country forward.

Minister for Human Rights Shireen Mazari said the opposition parties should focus on the discussion instead of resorting to personal attacks.

Dr Shahnaz Baloch said Balochistan was rich in mineral resources and those should be unearthed for the betterment of the country.