‘Stroke is treatable if patient reaches trauma centre in time’ 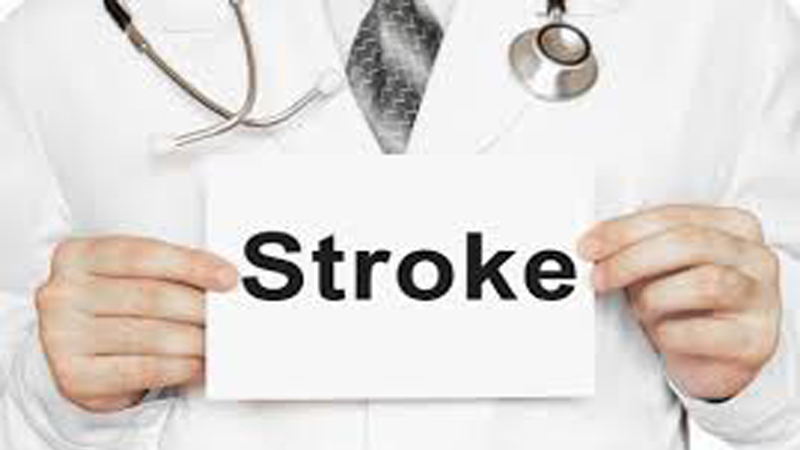 LAHORE: Leading neurologists of the country on Tuesday emphasized the need to adopt preventive measures to avoid stroke, a medical condition in which poor blood flow to the brain results in cell death.

This was stated during a seminar that was organised by the Pakistan Stroke Society in connection with World Stroke Day. Top neurologists attended the seminar to raise awareness about the disease.

Experts were of the opinion that stroke is treatable if a patient reaches a well-equipped trauma centre in the shortest span of time.

Pakistan Stroke Society President and one of the leading neurologists of the country Prof Dr Qasim Bashir said, “We need to establish well-equipped stroke centers as Pakistan is 20 years behind the western world in the treatment of the disease. Treating a stroke patient is not a one-man show as you need a teamwork to establish well-equipped stroke units having neurologists, neurosurgeons, radiologists and anesthetists working under one roof and it is not possible without the support of government.

He further added that stroke centres should be diversified at tehsil and district levels under the supervision of neurologists as it would reduce the workload on trauma centres established in major cities.

“There is also a need to work with the Rescue 1122 for stroke centers as rescuers are the first ones who attend patients while shifting them to hospitals,” he added. “First 4.5 hours are very much important for a patient suffering from stroke and we can save the patient if rescuers are imparted some basic training to deal with stroke patients because sometimes it take hours for an ambulance to shift a patient to the trauma centre,” said Bashir.

“We’ll arrange more awareness seminars and a Stroke Conference is also being planned for February next year given the severity of the disease, he said.

He added, “We should adopt a healthy life style by starting regular exercise and quitting the habit of smoking if we really want to prevent stroke.”

In his remarks, distinguished neurologist Prof Dr Naeem Qasuri said that huge allocation of funds from the government was the only solution if we want to treat stroke patients as there are very qualified doctors in Pakistan but they only lack funding and support from the government.

Guest of honour and noted neurologist Prof Dr Nusrullah was of the opinion that it was unfortunate stroke was the most poorly managed emergency in Pakistan unlike the foreign world and more awareness should be given to people, especially to junior doctors attending stroke patients.

Addressing the participants, King Edward Medical University Vice Chancellor Prof Dr Khalid Masud Gondal said that there was a need to run a national awareness campaign on stroke for which the media could play a very important role. “We must also remember late Prof Bashir Ahmad on this occasion who was the pioneer of neurosurgery in Punjab and now his son Dr Qasim Bashir is carrying his legacy forward by introducing latest and modern techniques,” said Gondal.

He was of the view that a new programme of stroke medicine at post graduate level should also be initiated and KEMU should take the lead being the oldest institution in this regard.