As the world wakes up, #MeToo lulls in Pakistan

Unless the victim strongly pursues her case and is brave enough to face accusations of being an ‘attention grabber’ or seeking personal vengeance or worse — of having questionable character, such cases will sadly be hushed up 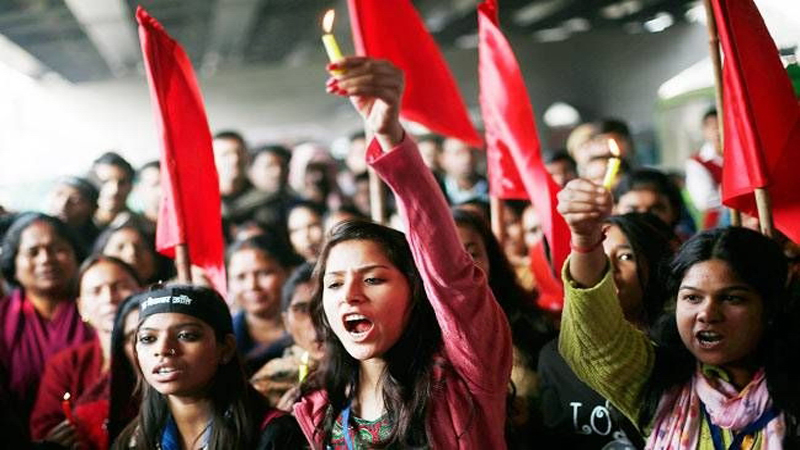 On the anniversary of #MeToo, neighbouring India was taken over by a storm. A minister, famous Bollywood figures, an entertainer, a best-selling author and top journalists have all found themselves accused of abusing their positions to behave improperly towards women. It is yet to be seen whether some ripples from the storm cross the border and start a much needed rage here in our country too.

A decade ago, when Bollywood actress Tanushree Dutta officially filed a complaint against her senior male costar, it was dismissed as nonsensical. Today, such situations have a name; the year old chain reaction starting from the United States and incidentally also from the entertainment industry Hollywood, the biggest in the world,is far from an end. This time when Dutta recalled the incident, she was immediately seconded by a female journalist. And then something came over the Indian women. Many skeletons came out of the closet along with suppressed memories and not to be forgotten pains and unshared stories. The antagonists of the revealed tales were shockingly, mostly high profile names and mainly belonging to either entertainment or news industry.

The response has been equally overwhelming. With apologies flooding in, a major Bollywood production house suddenly dissolved after two of four partners apologised on behalf of a third partner. A comedy troupe is on the verge of collapse after allegations emerged within it. The influential political editor of a prominent English publicationhas been stripped of his management role. A top editor of a flagship paper of the country’s most powerful media company has been put on leave amid promises of “a speedy and fair inquiry”. Some male film stars are giving credence to the allegations while others are refusing to continue projects with the accused.

As the rage continues in India, Pakistan mulls over the issue, like it does in most cases. When Meesha Shafi came out with her allegation on Ali Zafar, the case did gain spotlight since it was high profile, with both being famed performers. There were supporters for both and legal procedures, but hardly any contemplation over the dangers an entertainment industry holds in terms of a safe environment for women and unchecked behaviours protected under the guise of performance requirements. When other women came out endorsing Meesha’s allegations, it was enough to ring bells of danger. But there were no discussions on how to probe such allegations. Both are back in business as usual, with legal proceedings continuing in the court and the case in the backbench of memory.

In many situations, Pakistan is opening up and trying to break the silence. Paedophiles are shunned, curbs on media freedom is deplored, false blasphemy allegations are being questioned, but a cloud of shame still hangs over issues of harassment

While in India, the op-eds of all major publications erupted on the Indian stance on #Metoo, questioning patriarchal and misogynistic values of its society, it was simply a case of following up on a story when Professor Sahar Ansari, a famed literary figure of Urdu, was found guilty of harassing his female colleagues in one of the major higher educational institutions of the country, that also after a two year long struggle by the complainant to look into the matter. Still, Professor Ansari continues to attend events, both in the university – which he was barred from following the findings of the committee formed to probe harassment charges, and outside. The complaint was not the first, and the latest had also been endorsed, yet Professor Sahar Ansari remains a revered personality, by men and women alike.

In India, despite apologies, resignations, social boycotts, investigations and virtual collapse of established organisations and their leaders,the movement has been termed ‘modest’ in comparison to the United States, where complaints about sexual harassment and assault have led to a prison sentence, criminal chargesand changes in both laws and corporate practices.

In Pakistan, what could easily have been one of the biggest scoops of the year, is yet again being treated as a routine followup. The case against Faisal Edhi, son and heir to the largest philanthropist of the country is surely picked by the media, but has it led to any strong questioning? The accused has simply shrugged off his shoulders to deny the allegations and until now, it seems that would be the end of the story. Same goes for the accusations against comedian Junaid Akram, who unlike Faisal Edhi, faces multiple accusations, although many remain anonymous.

Unless the victim strongly pursues her case, unless she braves accusations on herself as being attention grabber or seeking personal vengeance or worse, of having questionable character, such cases mostly lull, or rather hush up in Pakistan. Professionals, both men and women, are careful not to sever ties in the wake of commotion, which may effect their own careers. Harassed women are often still blamed for the acts themselves.Stories remain in circulation in social media in particular, mostly on the lines of gossip. Allegations even against high profile personalities does not prompt reactions from the government or any organisation, making the whole issue look trivial. 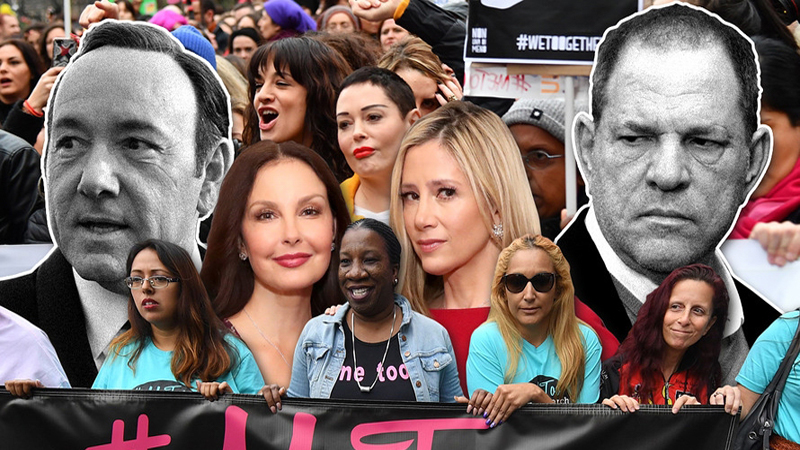 Urooj Zia’s story, to say the least, should have prompted probes. It should have asked questions about the insecurity female journalists in Pakistan are faced with. It should have encouraged top media persons to consider safety measures and procedures to avoid the possibility of such instances. Armed only with a pen, paper and mobile phone, what assurances do female journalists belonging to the print have in Pakistan, that when they approach men for press matters, sometimes in isolation, they would remain unharmed? Are they guided in any way how to tackle such situations? Are they aware of any helpline which they can reach out to when endangered and hope to get protection? Does an organisation protect and defend its women employees when they are harassed orforced to suffer verbal abuse and then threatened of consequences, while on an official assignment?

Armed only with a pen, paper and mobile phone, what assurances do female journalists belonging to the print have in Pakistan, that when they approach men for press matters, sometimes in isolation, they would remain unharmed?

For that matter, do female journalists – in both print and electronic media –have a guarantee of safety in their workplaces? Mainstream organisations, as I am aware, do have some sort of policy against sexual harassment, some vague to others fairly organised. But who has peeked in the newsrooms of smaller setups, where young entrants and budding journalists often fall prey to ageing molesters? The abuse does not have to be only physical: a lewd glance, meaningful smirks and remarks, untimely and unnecessary messages are enough to make even girls with steely nerves uncomfortable. The discomfort worsens when they are either unable to prove or are too ashamed to bring up the issue or fear losing their jobs. The traps can range anywhere from bearing provocative expressions to seriously intimidating gestures.

But they happen. They continue. Women suffer and struggle to stay employed, as if accepting these rude behaviours is part of their jobs. In media, in education, in health, in the corporate world, the predators loom. And all we do is to think about which side to favour.

In many situations, Pakistan is opening up and trying to break the silence. Paedophiles are shunned, curbs on media freedom is deplored, false blasphemy allegations are being questioned, but a cloud of shame still hangs over issues of harassment. A wave of change is awaited. Victims need to be supported and given justice. It’s time to wake up.