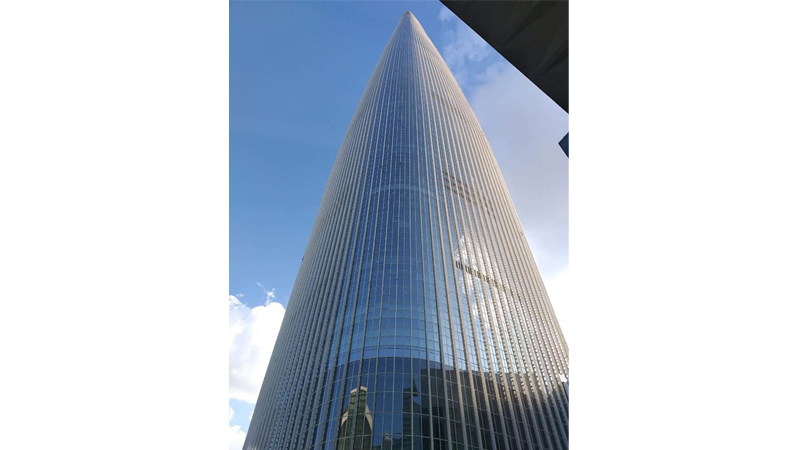 Lotte World Tower, South Korea’s tallest buildingOur twenty-one days sojourn in South Korea was not influenced by Heinrich Herrer’s Seven Years in Tibet. Actually Korean International Cooperation Agency (KOICA) invited sixteen officials from nine developing countries to share how state land management, development and disposal mechanisms are administered through a specialized agency of Korea Asset Management Company (KAMCO). The delegates arrived from Pakistan, Nigeria, Albania, East Timor, Indonesia, Vietnam, Uzbekistan, Kazakhstan and from Chengeiz Khan’s Mongolia. The delegates were privileged to tour almost the whole of South Korea including visiting its would be capital Sejong, though the Korean people are not pleased with the shift of government offices from Seoul to Sejong. Initially, the government has positioned the office of Prime Minister with a couple of ministries in the new city, but not yet decided to shift the office of presidency.Sejong is located among three other major Korean cities: Daejeon, Cheonan and Cheongju. The five years old city has been built from scratch.

During the briefing sessions, we were lectured by the eminent experts of KAMCO and other professionals at KAMCO head office located at Busan, country’s second largest city after Seoul. Indeed, South Korea has utilised its public land through a plethora of professionally devised public policies. Lease of lands, auctions, disposal and construction activities have been done under the principles of fair play, transparency and integrity

It was my maiden visit to South Korea though I had already researched on her transformation, my piece was published in February 2017 determining the factors of development. It explored whether South Korea had borrowed or mimicked Pakistan’s five-year development templates as largely claimed by some in Pakistan, without any tangible substance. Believing in old myths and self glorified triumphs are just a few of the symptoms of a lethargic nation.

During the stay we also got the opportunity to explore Seoul and Busan –South Korea’s most dynamic cities. Our hosts were extremely generous and tried their best to provide us with the food of our choice. It was indeed very difficult however, Kimchi made it easy. It remained a standard dish to the amusement of the participants, as well as the hosts. Once on my request, KAMCO arranged Pakistani food for us all.

We arrived at Inchon Airport on the evening of August 2. The weather was not much different from that of Islamabad. We were driven in the bus of KOICA to its head office located in Seongnam; the drive took an hour. South Korean government massively advertises regarding its centuries old claim on Bokdo, a pair of rocks in the sea that separates the peninsula from Japan. Both Koreas (South and North) at least agree on this one point that Dokdo has been an integral part of Korean peninsula since centuries. Japan disputes this claim. However possession lies with South Korea.

Once I found a pamphlet in multiple languages, “ten facts about Dokdo, which Japan does not know”. It further claimed “history knows the truth; Japan knows the truth”. Japan claims the same territories, but with the name of Takeshima.

It appears that any military movement by the Japan on this part will bring both Koreas closer. Generally, Koreans are as sentimental for Dokdo as Pakistanis are for the Indian occupied Kashmir. With a 51 million plus population, South Korea has built a big army of 3.7 million personnel where 625,000 troops comprise ‘active army’ –standing by to defend the country from any possible aggression of North Korea. Economist 2018 suggests that North Korean army will be queued up with South Korea’s if there is an escalation by Japan for Dokdo. By the end of this year, leadership of both countries will have held three summits. The watershed summit in April, the two nations got a second chance when South Korean president Moon landed in Pyongyang in September, marking I first visit to the city by a South Korean president in more than a decade. South Koreans are eager and upbeat for the reunion. They forecast massive business opportunities. In return North Korea will provide cheap labour to flourish the conglomerates of South Koreans. Some Koreans in South are willing to bear more taxes to develop the infrastructure of North. Despite tough international sanctions on the North, the two Koreans have already started preparing for closer economic cooperation. In July 2018, they conducted joint inspections of cross border railways. One of the toughest stances of North Korean government is to compel Trump to declare that the Korean War (1950-53) is over. Officially it has yet to be declared. Recently Mass, the foreign minister of Germany wrote “Courageous citizens in East Germany were instrumental in bringing about the fall of the wall between East and West”. It will be the courageous and enterprising citizens of South Korea in bringing about the unification of both Koreas separated by the demilitarised zone, established in 1953. Another analogy can be drawn from Mass (and need to be shown by the people of both estranged Koreas) when he asserts that one lesson from German unification is that true progress can never take place by going it alone. “We are, and will remain dependent on one another”.

South Korea is clubbed with Germany, Japan and Singapore owing to her massive and rapid economic development. South Korea outshone both Germany and Japan because of its very nascent economic base of 1950s. From 1910-45, Korea remained under the occupation of Japan. It was freed by the Allies in 1945. From 1950-53, Korean peninsula witnessed horrific civil war, thousands of buildings got burnt, around one million Koreans died on both sides. The war wiped out the economic base of the country. Before president Park Chung Hee, South Korea experimented the policy of import substitution as a tool to gain economic development. Park through a military coup took power in 1961. President Park switched over to export led economic development strategy. In 1962, Park established Korea Trade Investment Promotion Agency, KORTA. Foreign Affairs 2018 (Sep/Oct) has published a report indicating that Lee from 1965 to 1977 personally chaired monthly meetings of KORTA. In this regular gathering of top government officials and business representatives they shared export goals, addressed grievances, and settled conflicts of interests between bureaucracy and industry. At the time of Park’s assassination in 1979, South Korea had established its industrial base on strong footings, government owned enterprises grew at the rate of 7-9 percent annually.

Mudassar Ali Cheema, the young and enthusiastic president of of Pakistan Business Association of South Korea called on me in Seoul and was much optimistic on the growing economic relations between the two countries. He was quite satisfied with the friendly attitude of the incumbent officials of Pakistan’s Embassy in Seoul. He explained that the “the bilateral trade between Pakistan and Korea stands at USD 1.34 Billion in 2017, steadily increased from USD 828 million in 2015. This comfortable increase reflects a robust economic relation between the two countries”. Himself an exporter of heavy machinery to Pakistan, he was satisfied yet wished more businessmen from Pakistan to explore business avenues with South Korea. He was planning to bring some leading Korean investors in Pakistan. He shared that currently some ten thousand Pakistanis have established different businesses and two thousand students are doing their masters and PhDs from Korean Universities, predominantly in natural sciences.

During my stay, I learned through local media about reunion of dozens of families from North and South Korea at Diamond Mount, a resort in the North Korea. The Time issue of August 2018 reported that millions of Koreans were separated by the 1950–1953 Korean War, and since the first reunion was held in 2000, more than 130,000 southerners have signed up to take part in similar events — more than half of them have reportedly died in the decade since. The South Koreans meeting relatives that week of August were selected by lottery from about 57,000 of the survivors.

At the graduation ceremony on September 13, we were shown a documentary on participants made by course coordinator, Kim. Emotional themes and background music suggested that he may have been swayed by Jean Jacques Annaud’s movie ‘Seven Years in Tibet’.

The writer is an alumnus of Potsdam Centre for Public Management Germany and of Geneva Centre for Security Policy Switzerland. He can be reached by mzafarhaider195@gmail.com