The Chinese fashion industry has flourished to create a distinct niche, which is expected to outshine the United States as the globe's largest apparel market through its focus on originality and promoting national talent 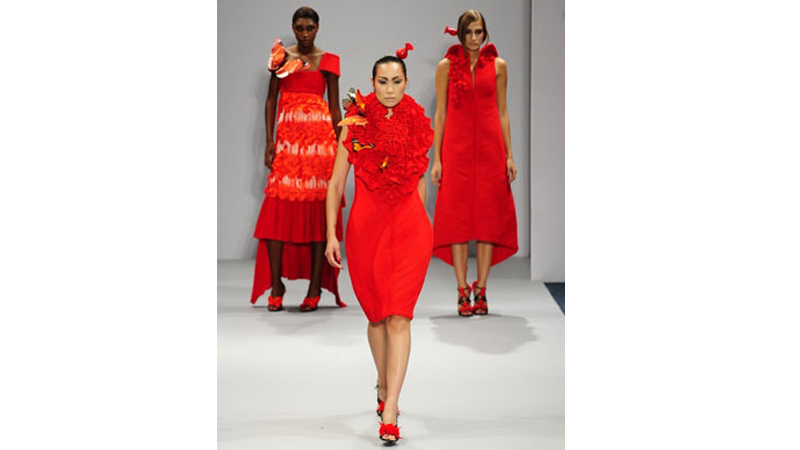 As fashion becomes more personalised, it garners various definitions globally. The Western fashion industry has always been considered the pioneer in fashion, providing a road map and serving as a source of inspiration. But innovation in fashion is no longer unique to the West. The Chinese fashion industry has been creating waves through its exceptional techniques and modernistic approach and the highly proficient Chinese fashion designers have directed their energy towards reinventing themselves as creators rather than imitators. The bloom of this industry initiated from the far-sighted scheme of the government to seize the import of pre owned clothes in the country. This movement gave way to the consumption of domestic clothing and encouraged the designers to live out their creativity. The Chinese market is filled with attires that are exclusive and instantly recognised. The country’s fashion swivels around major characteristics that highlights the design theme and technicality of the garments, communicating the blend of vision and performance. Chinese designers incorporate traditional art work and techniques in design including the embroidery of their auspicious dragon. Silk spinning, Chinese binding and the intricate use of knotted buttons are recurrent. Eminent designers namely Demi Jiong and Derek Wong reveal the power of origami and folded crepe to construct terrific pieces. The core focus of the designers is on polished finishes and finesse which would speak of nobility and gentility. Designer Qiu Hao is celebrated for presenting lines composed of unexpected fabrics like plastic sheets all the while keeping them wearable through sharp tailoring and symmetrical silhouettes. The natives prefer fine clothing which calls for the application of wear resistant edge paint on fabrics. The popularity of brands who have upgraded to sustainable fashion has increased swiftly, captivating a large number of consumers. The preservation of scarce materials and endeavors to guard environment is highly valued and amplified the turnover of production. Chinese goods in the past were suspected of having a compromised quality but now the designers have made it the heart of their design philosophy. It is their belief that a superior quality garment would be more durable and of greater value to the buyer.

The Chinese designers are also conscious of the fact that people who would expend on the quality of the garment would want it to be luxurious, possessing a soft, feathery feel. This compels the designers to add a hint of grandeur to every article. An additional element which differentiates this market from the west is grounded on the vivid and radiant Chinese color palette. The garments comprise peculiar combinations and loud graphic prints which also galvanizes the western fashion designers to become gutsy in exhibiting creativity.

The ethnic Chinese prints are observed in numerous contemporary clothes as china holds a history in pattern making. The designers are exposed to the country’s advancement in technology which heightens their imagination, causing them to amalgamate fashion with innovation, shunning typicality. The Chinese fashion industry has flourished to create a distinct niche, which is expected to outshine the United States as the globe’s largest apparel market through its focus on originality and promoting national talent. Taking a cue from china, Pakistan can upgrade its fashion industry by appropriately making use of the competent designers in the country. This would contribute to generously to the economic stream and advance the eastern fashion.