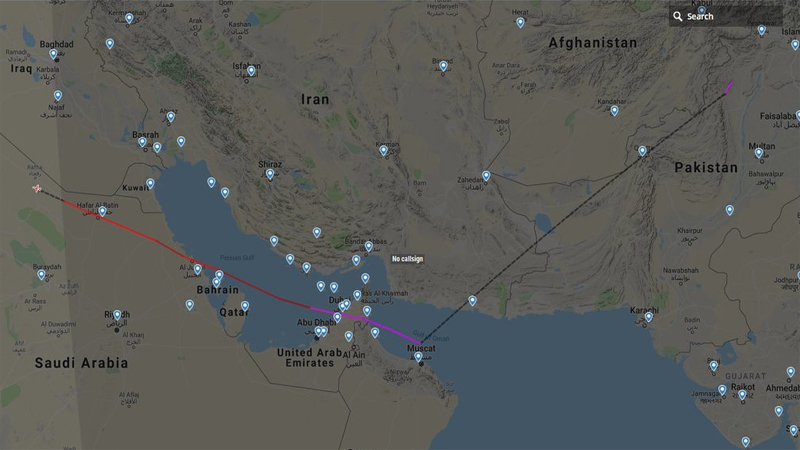 “There is no truth in such rumours that any Israeli aircraft entered the Pakistani airspace”, spokesman CAA told Daily Times on phone.

Earlier on Thursday, an Israeli journalist claimed that an aircraft from Tel Aviv has flown to Islamabad, a claim that sparked outrage on social media. There were also reports that the aircraft carrying a high-profile person stayed in Islamabad for ten hours.

Avi Scharf, editor of Israeli newspaper Haretz, made the claims, further alleging that the pilot could trick and make it appear as a Amman-Islamabad flight rather than a Tel Aviv-Islamabad one.

According to BBC the plane was not registered in Israel and it actually flew from Amman.

Israeli 🇮🇱 bizjet flew from TLV to Islamabad, #Pakistan 🇵🇰, on the ground 10 hours, and back to TLV.
Cleared flight-plan with usual 5min groundtime trick in Amman
M-ULTI glex pic.twitter.com/haHn1NU73L

Information Minister Fawad Chaudhry, responding to Pakistan Muslim League-Nawaz (PML-N) leader Ahsan Iqbal’s tweet demanding clarification over the matter, said the PTI was not like PML-N that they would conduct secret meetings with Indian PM Narendra Modi or Israel.

“Neither is Imran Khan like Nawaz Sharif, nor does his cabinet consist of fake philosophers like you (Ahsan). We will never conduct secret talks with either Modi or Israel. If you were so concerned about Pakistan, the country would not be facing so many problems,” Fawad criticised.

A government source said investigation has been ordered and Pakistan Telecommunication Authority (PTA) has been asked to find the person/source that spread the rumours in the country.