Donald Trump’s ban on the immigrants travel has led to a massive uproar within United States dragging out throngs of people to protest against the new policy.

Protestors have been gathering at the airports all over the country to showcase their anger and resentment over the immigration and travel ban.

While we witness several people breaking down at the airports because their loved ones cannot travel back to US, it should be noted that not only the common people are affected by this ban, but celebrities are in a dilemma.

Most of us aren’t even aware of the immigrated celebrities because they have been living in the US for almost more than decades now. Various favorite celebrities of ours are on the immigrant list.

1) Ambitious Jim Carrey found his way to Las Vegas to become a stand up comedian. Originally he’s from Ontario, Canada.

2) Forgetting the Bieber fever days? Justin Bieber is a Canadian himself who moved to US after his youtube channel was discovered and he was signed up by Usher.

3) Black Swan starlet Mila Kunis is from Ukraine but she moved to USA at the age of 7 with her family members. Currently married to Ashton Kutcher, who gave a heartwarming speech at the SAG awards, speaking against Trump’s policies.

4) Singing sensation Rihanna was born in Barbados. She to USA in 2004 and got herself signed up by Def Jam recordings that launched her career. 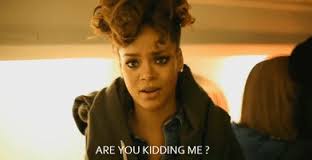 5) Natalie Portman was born in Israel. No wonder she claims that ‘her heart is in Jerusalem’. Her family moved to USA when she was three years old.

6) Last but not the least, to everyone’s surprise Arnold Schwarzeneggeris an immigrant. He was born in Austria.