Willa, which had been a maximum Category 5 hurricane on Monday, slammed into Mexico's Pacific coast on Tuesday night with winds of 195 kilometers (120 miles) per hour and gusts of up to 240 kilometers per hour 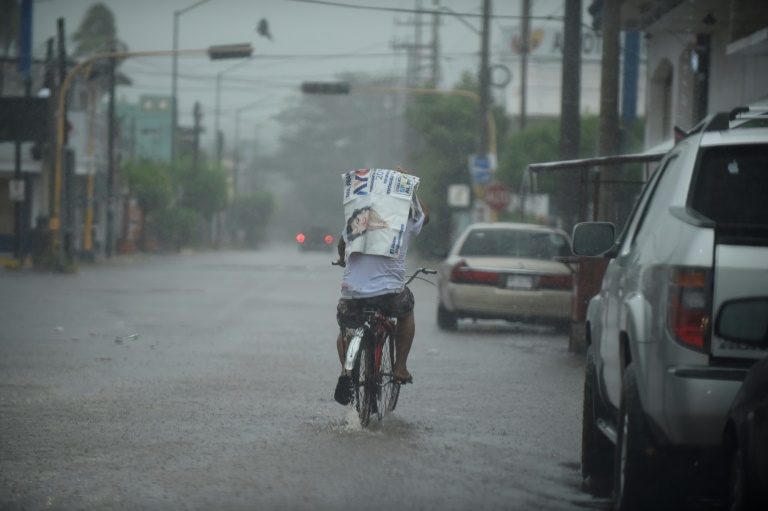 Mexico cleared the debris and wreckage Wednesday strewn by powerful Hurricane Willa, but breathed a sigh of relief that damage from the Category 3 storm — now downgraded to a tropical depression — wasn’t worse.

Willa, which had been a maximum Category 5 hurricane on Monday, slammed into Mexico’s Pacific coast on Tuesday night with winds of 195 kilometers (120 miles) per hour and gusts of up to 240 kilometers per hour.

In Escuinapa, the town of 30,000 people where it made landfall, residents got down to work after surveying the wreckage left by the hurricane: roofs torn off homes, a hospital and a church; trees ripped from the ground; roads blocked by debris and flooding; power and water outages.

But with no reports of dead or wounded, those in the storm’s path were mainly counting their blessings.

“There were a lot of material damages, but the most important thing is that there was no loss of human life,” said Sinaloa state Governor Quirino Ordaz.

Victor Aguilar, a hotel manager in Escuinapa, echoed that sentiment as he tried to figure out how to serve his 200 guests breakfast with no electricity or running water.

The important thing is that “not a hair on anyone’s head was hurt,” he said.

Nearby, members of a Protestant church tried to salvage what they could from its wrecked remains, after the storm ripped off its roof and left the building in ruins.

“It was a total loss,” said the church’s pastor, Samuel Vicencio.

“What can we do faced with the power of nature?”

Businesses were slowly reopening in the town, though many still had their windows and doors boarded up with the plywood nailed in place as the storm approached.

“It sounded like the devil himself,” resident Ernesto Mallorquin, 61, said of the hurricane’s passage.

But three hours later, the worst was over, he said.

Willa first swept over the Marias islands, where Mexico has a federal prison with about 1,000 inmates. But there were no reports of damages there.

AFP / ALFREDO ESTRELLAView of the coastline in Mazatlan, Sinaloa state, Mexico, on October 23, 2018, as Hurricane Willa closed in

Willa dumped heavy rain on the states of Sinaloa, Nayarit, Durango, Jalisco and Zacatecas before breaking up in the mountains over Nuevo Leon.

As of 1500 GMT, the storm was dissipating over northern Mexico, and its maximum sustained winds had decreased to 35 kilometers per hour, the US National Hurricane Center said.

State and federal officials were touring the affected areas to assess the damages and allocate emergency funds.

Soldiers were deployed to Sinaloa and Nayarit, the hardest hit regions, to help with clean-up and provide food and medical services where needed.

Many schools remained closed in both states.

More than 4,250 people had been evacuated from high-risk areas in the storm’s path, including tourists who were on vacation at the beach.

AFP / ALFREDO ESTRELLAStreets were flooded in Escuinapa in Mexico’s Sinaloa state as Hurricane Willa made landfall on October 23, 2018

They were gradually returning home from 58 temporary shelters.

Mexico’s Pacific coast has already been hit by deadly storms and rains this hurricane season.

In September, at least 15 people were killed when flash floods hit the states of Sinaloa and Michoacan. Last week, 12 more people died in flooding in Oaxaca, including seven children. 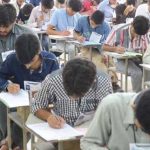 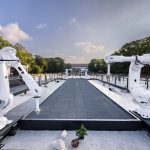