Pakistani dramas gradually improving, but leave much to be desired 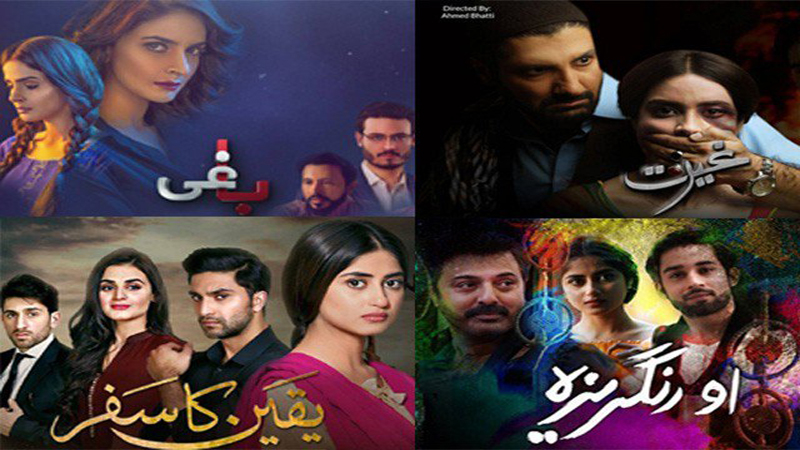 Pakistani drama industry has undergone a few improvements as of late and a few quality projects were seen in the recent years. Dramas focusing on social issues such as child abuse, killing in the name of honour and forced marriages have also been made, which is certainly something positive. ‘Udaari’, a play on child abuse starred Ahsan Khan and it is a story of a child abuse survivor who later defies odds and the criminal justice system’s apathy to get his rapist convicted and punished. It was certainly an extraordinary project and deserves applause. But the fact that PEMRA issued show cause notice to HUM TV for airing a scene where the child was being picked up before the assault tells a lot about how we as a society are not yet ready to have that kind of debate publicly.

Some other dramas were also made on social issues. ‘Ghairat’ on ‘honour’ killings and ‘Meri Guriya’ on child abuse are yet another example of the topics that these dramas cover. But if we explore the way topics are depicted and debate is built in these dramas, a lot is left to be desired. For instance, in the play ‘Meri Guriya’, which was about a serial child rapist, the last episode showed the rapist being publicly executed for his crime. While one of the victims’ mother to fight the system and resist pressure from her own family to pursue the case did send out the right message, the public execution should not have been portrayed as a solution to the menace of child abuse. Because experts say counseling of children and curricula amendments are the solution to child abuse. Therefore, it won’t be wrong to say that even in dramas where social issues are covered, the root cause of the issue is not discussed the way it should be discussed. On the contrary, things which may be counterproductive in solving the said issues are shown.

In the play ‘Meri Guriya’, which was about a serial child rapist-murderer, the last episode showed the rapist being publicly executed for his crime. Public execution should not have been shown as an ultimate solution to the menace of child abuse

Similarly, in the drama ‘Ghairat’ (which was about ‘honour’ killings), the last episode showed the perpetrators of honour killing being shot at by a survivor (their sister). While the scene was indeed powerful, because it portrayed a strong woman, the mindset that lead to such crimes was not discussed.

But what is good is that such dramas are finally being made, and this would be a first step in having quality content in our drama industry which will also help raise awareness about issues that are less discussed and considered taboo subjects in our society.

It is also important to mention here that the dramas which focus on such issues are very low in number. While most dramas we see on Pakistani entertainment channels focus on extramarital affairs, where women bring down each other. Strong women who support other women and do not indulge in negativity are hardly ever portrayed in our dramas. Therefore, the need of the hour is to have better content on the TV because what happens on such channels does indeed shape people’s mindset considering the following they have. A lot of media theories suggest that people who frequently watch a certain TV channel or show are influenced by the thoughts and behaviors shown in those shows. So the drama makers have a vital role in this regard. Dramas which don’t send the right message and degrade a gender or race should not be shown.