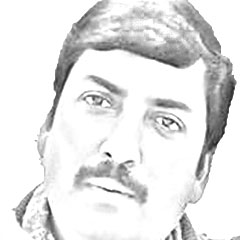 When train was the public transport

A walk down memory lane will bring us to the feeling that travel by train was associated with romantic connotations. Even with people of young and older ages. The train travel used to provide a really wonderful opportunity to enjoy and celebrate the trip with family and dear ones.

Interaction with people from different walks of life was a prominent feature of it. Passengers in almost every coach of the train were ambassadors of acceptance, diversity and peaceful coexistence. Every station had some special eatery to offer which used to add a distinctive colour to this experience. The bustling life at station, the departure and arrival of friends and relatives charged with emotions, was a routine scene worth watching. The farewell whistle of train’s engine at the railway station still echoes loudly in the memories of childhood.

But now it seems like a chapter of the distant past, for the state of railways is virtually worsening by the day. Once the transport of the common man is close to the brink of collapse and at this time is a mere shadow of its glorious past. The agenda to nurse railways back to health and development has put by almost all the governments on the back burner. That is why it has not profited for ages. It is a grave irony that the length of railways inherited from the British at the time of partition, have been reduced instead of expanding and upgrading.

The most beautiful part of the train was that it used to touch the small cities and towns making it far easier for people to avail this facility. But to this day either stop over to a number of stations has been suspended or the train route has been discontinued. Today, for inter-city travel people of remote areas have no option but to go an extra mile and be exploited by the bus mafia. Thus passengers are bound to suffer in terms of time, cost and safety. This situation is favourable to commercial transporters who have eaten away at its passenger traffic.

Almost all the regimes particularly the previous one has shifted its focus towards development of roads, motorways, signal-free corridors, underpasses, flyovers and metro projects ignoring the fact that in absence of efficient railway system these will remain of little utility

Almost all the regimes particularly the previous one has shifted its focus towards development of roads, motorways, signal-free corridors, underpasses, flyovers and metro projects ignoring the fact that in absence of efficient railway system these will remain of little utility. Because our population growth will outpace all this road infrastructure capacity developed with a short-term-approach. Still railway is considered the safe, economical and faster means of transportation worldwide.

Road-based-infrastructure is indeed essential for the country but not at the cost of railways. There is crying need to review all such mega projects in perspective of priority ranking, utility and cost-benefit-analysis. Most important factor to take into account is number of people benefitting from roads, for this we need to find out the percentage of population owning private transport.

The final figure we arrive at will be surprisingly low. Therefore, policymakers and government institutions must cater to the transportation needs of the larger population who cannot afford private transport facility or buy expenses tickets of buses en-routed through motorways. For this, revival of railways comes at the top of the priority list.

A cursory look at railways resembles the true image of Pakistan: corruption, overstaffing, nepotism, mismanagement, kickbacks, adhocism, lack of professional expertise that is rampant from top to bottom. On top of all this, political will to bring railways back to life lacks owing to narrow vested interests.

A fatal combination of all these evils plagued the railways and turned it into a permanent liability. It is virtually in the ICU being injected with expensive drugs and dying a slow death. Without going into statistics a gloomy look of railways stations witnessed that people’s mode of transportation has been shifted from train to commercial buses. Once transportation of goods was the main source of railways’ income but with its infrastructure in shambles and government apparatus promoting the commercial transporter’s agenda, this business too reduced in massive proportions.

The situation is so dire, that it is quite difficult to estimate the exact losses suffered by this institution. Despite numerous bail-out packages and sporadic attempts of public-private partnerships on certain sections the situation could not be eased. The worst damage rendered to railways was during the Pakistan People’s Party regime when Ghulam Ahmad Bilour was federal minister for railways.

During his time railways was on its lowest ebb in terms of performance because the transport mafia was intentionally promoted with plying buses on inter-city routes. In response to one train related accident his defence as a federal minister for railways was that as long as railways exists accidents are bound to happen. There are no train related accidents in Afghanistan because it is railways-free. The sense of responsibility with railways high-ups prevalent at that time can be very well judged with these words.

There is an urgent need to bring railways back to its original shape which is the best option for the commuters. Only privatization is not the solution. The government administration should divert its energies and resources for its revival. It does not require cosmetic arrangements but proper overhauling and up-gradation of lines, signaling equipment, locomotives, coaches, stations and other infrastructure.

For this purpose gradual and sustained series of steps are needed. By any standards investment in railways in comparison to roads is more economical and cost efficient because Pakistan has a large railways’ infrastructure and network. There is a dire need to get it functional in the true sense for the larger interest of the public. The situation of railways in India is far better than us which got the freedom along with us.

It would be criminal negligence by the government’s machinery only looking at railways, shrinking its size with each day and not doing anything tangible for its recovery, restructuring and development. It would be great injustice to a common man who deserves safer and cheaper public transport with easier accessibility.

The writer is development practitioner working with South Asia Partnership-Pakistan. He can be reached at zubairtahseen.sh@gmail.com