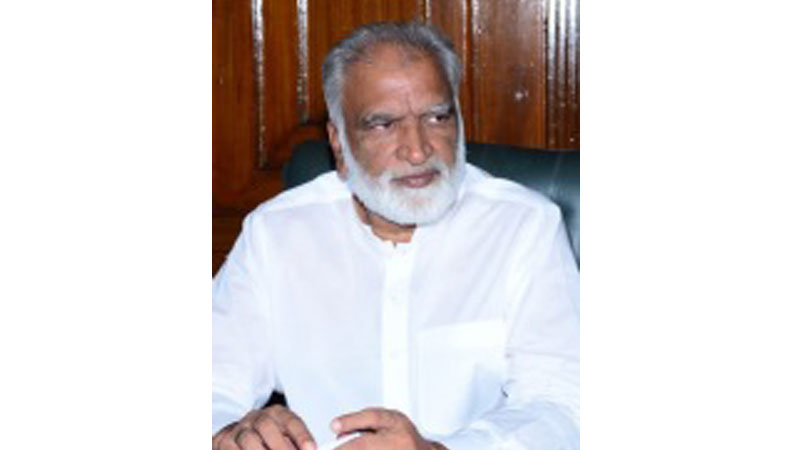 Gujranwala Division Deputy Commissioner (DC) Dr Shoaib Tariq Warriach on Monday inaugurated a 12-day anti-measles campaign from Oct 15 to 26 to vaccinate about 900,000 children aged from six months to seven years across the district.

Reportedly, he visited the Mother Child Health Care Center in Satellite town to officially launch the drive, and asserted that the vaccination would be administered at many healthcare facilities with the assistance of 150 teams and 813 mobile units.

He stated that the anti-measles vaccination was an effective precautionary measure which provides immunity to children from the deadly disease.

“In this regard, all essential arrangements have been made by the health department,” he said.

He said that skilled vaccinators would provide doses to the target population at the fixed centers, while mobile teams would be deployed to ensure immunisation of the travelling children.

“Measles is a killer disease, however it can be prevented through vaccination which is offered at no cost in government hospitals,” he said, adding that every child should be vaccinated.

He urged parents to get their children vaccinated at the nearby vaccination centers.

Reportedly, the ADSJ ordered to release 48 prisoners who had committed petty crimes on personal surety bonds.

Meanwhile, they inspected barracks, jail hospital and kitchen, and inquired about facilities available to prisoners.

Reportedly, rescue teams from Khyber Pakhtunkhwa (KP), Gilgit, Lahore, Sialkot and other districts from Punjab participated in the competitions.

Upon its arrival in Gujranwala, the winning team has been warmly welcomed by the district emergency officer Syed Kammal Abid.

He lauded efforts of rescuers for their outstanding performance in the competitions.

Protesters accuse police of lodging fake FIR against a youth

Scores of residents of Kohluwala on Monday held a demonstration against the Sadar police over an alleged fake First Information Report (FIR) lodged against a youth.

They claimed that officers had filed a drug case against Muhammad Qasim while he was innocent and had no relations with drug peddlers.

Meanwhile, poultry sellers staged another demonstration against a poultry farm owner for allegedly receiving Rs 1500,000 from them but not delivering chickens.

They claimed that they had lodged complaints with local police, but officers did not take any action to arrest the accused.

Later, concerned officials negotiated with protesters, and assured to resolve their grievances as soon as possible.

A man electrocuted after suffering an electric shock and severe burns from live power wire on Nowshera Sansi road in Gujranwala.

Reportedly, Ali was on his way when suddenly a live cable fell from an electric pole.

Resultantly, he received critical burn injuries and was shifted to the DHQ Hospital by a Rescue 1122 team.

Later, he succumbed to his injuries and died.

Reportedly, a citizen Dr Umer Adil filed an application with the ACE, accusing Muhammad Abu Baker and his accomplice revenue officer of forging property documents and seizing his land illegally.

Initial investigation suggested sufficient evidence against the accused, and consequently ACE team arrested him during a raid.