Profound realisations over the Alzette river 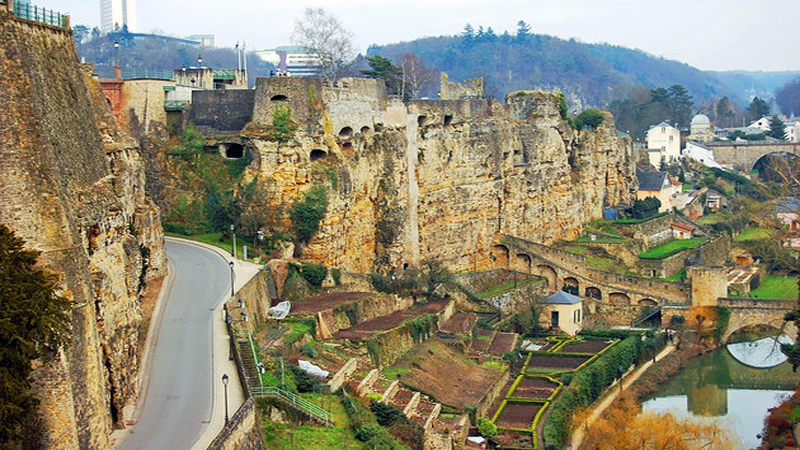 The hike was undeniably onerous. In addition to the many antediluvian remains that could be seen plaguing every crevice of the Alzette river valley in Luxembourg, the elevated pedestal offered gleaming views of the city beneath. The enriching fragrance of the summertime pollen wafted amidst the intense gusts, bringing with it a much needed hiatus from the scorching summer heat. Tourists—from Asia, Europe, and the Americas all alike—chattered in the background, marveling at the vast beauty of the looming vistas. As I neared what seemed liked the highest point in the vicinity, a congregation of tourists appeared to constitute an eclectic mix, not drastically different from the concoction of awe-striking castles, scenic valleys, and the especially breath-taking but remarkably placid river Alzette that flowed mellifluously beneath.

Le Chemin de La Corniche is aptly described as the most marvellous balcony in Europe. Yet it is not until one truly sees the dichotomy on display, the differences that distinguish the lower Alzette Valley from this elevated pedestal of the Corniche that one truly learns to bow in deference to the hypnotising panorama on display.

I took a few brave strides forward, assertively progressing to the Corniche-Alzette viewpoint. It certainly did not escape my notice that I shouldered some disquieted tourists along the way, vying to secure my spot at the Corniche balcony in order to glance at the unparalleled fairy-tale on display. I glanced eagerly into the far distance, astounded by the Notre-Dame cathedral, the serene and lush green vegetation all abound.  Overcome by an unprecedented feeling of insignificance, I fell into a reverie of brooding, introspection and perusal.

Noticing the ripples that the collision of the rocks with the river banks elicited, I realized that much like the river, our lives are also a slate of turbulent events, of change, and of ephemeral presences and perpetual absences. It takes a word, often, to break someone’s heart, but why is it that it takes us forever to embrace our faults, to own up to them, and to apologize? Why is it that love, while all-benevolent in its disposition, fills us with melancholy and with feelings of longing? Why is it, indeed, that we succumb to breakups, to failing friendships, to gratuitous statements, and do not, quite sadly, act within our remits to utter that one apology, that one last statement that has the potential to salvage the most ingenuous of bonds?

It often takes the unlearning of the connotation of pensiveness to relearn it as a part of ourselves—not as a display of impotence or discomfiture, but as an insignia of our passion for those who matter, for those who we love, and for those  whose “last seen(s)” we so diligently keep a track of on Whatsapp and other applications alike.

A pleasantly cold raindrop dribbles down my face, jolting me awake. Still invested in finding answers to my questions, I realize that the resolutions and the most imperative conclusions have in fact been right before my eyes, flowing mellifluously a few hundred feet beneath me, if only in the form of the glistening Alzette river.

My eye finds the same dotted grey-black rock, my gaze fixated on it now. This time, however, I realize that rather than being withered by the turbulence—much like we tend to be by the turbulences in our lives—the rock perseveres, its grace not sullied or withered but in reality shapedby the uncertainties it endures, and the less traveled paths of pensiveness that it traverses.

I wanted this moment to last forever.