Jinnah is back to reinvigorate unity 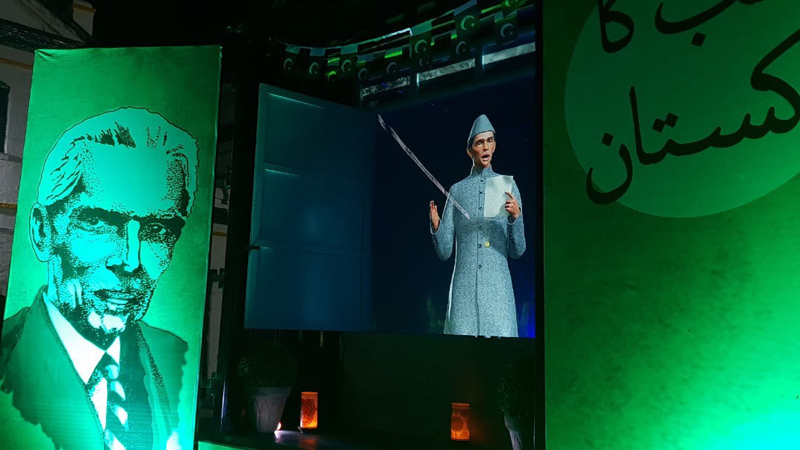 On Saturday, the people of Kasur were star-struck when Muhammad Ali Jinnah was displayed on a hologram. The technology has been used in Pakistan before, but it is for the first that Jinnah’s life-size hologram has been created to promote a culture of peace.

The hologram screenings were conducted at Baldia Chowk, National Bank Chowk, and Railway Station in Kasur. Thousands of people witnessed such a technology being used to re-create the speeches of the founder of Pakistan for the first time. People from various religious, socio-economic, and ethnic backgrounds were present on the occasion. All of them came together to witness this phenomenal experience.

It was the idea of HIVE Pakistan, a social development company which believes that the youth of Pakistan is forgetting the vision of Pakistan as imagined by Jinnah and therefore launched the campaign titled ‘AIK – Better Together’ to re-invigorate unity amongst Pakistanis beyond religious divides. Over a hundred speeches of Jinnah were researched to create a master-speech using his own words. “Instead of using imported symbols which are immediately discredited by the masses, why can’t we use symbols that are native to this land and instead of trying to create a counter-narrative to extremism, we propagate alternate narratives that have always been a part of our evolution as a society?” said Maha Usman, a representative of “AIK – Better Together”. In a city like Kasur which isn’t technologically advanced but culturally enriched, Quaid-e-Azam came to deliver his vision of an equal and progressive Pakistan. 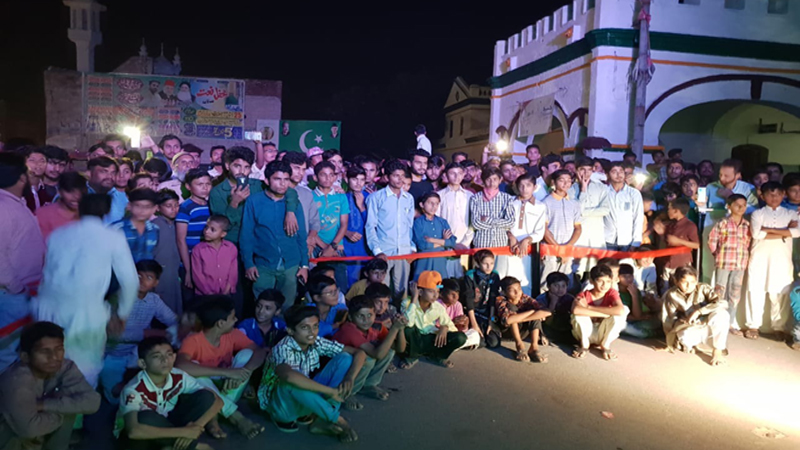 The coming together of such a diverse crowd in itself was an example of unity. The messages of Jinnah resonated immensely with the audience, “No nation can rise to the height of glory unless your women are side by side with you. We are victims of evil customs. It is a crime against humanity that our women are shut up within the four walls of the houses as prisoners. There is no sanction anywhere for the deplorable condition in which our women have to live.” There are many messages of Jinnah that revolve around the idea of unity, interfaith harmony, and tolerance. They are taught in schools but to witness Jinnah himself saying the same has a great impact, “You are free; you are free to go to your temples. You are free to go to your mosques or to any other places of worship in this State of Pakistan. You may belong to any religion, caste or creed—that has nothing to do with the business of the state.” ? Muhammad Ali Jinnah “It was a surreal experience because we didn’t know that Muhammad Ali Jinnah spoke about issues such as justice, minority rights, and women empowerment.” said Aroon Arthur, a representative of minority Christian community. The campaign aims to go to different cities of Pakistan, both rural and urban to give this experience to as many people as possible. “This hologram screening is an amazing way to bring awareness in small communities such as Kasur because people don’t usually have access to internet or libraries. Jinnah himself talking to us feels more real and intimate,” said Yaseen Ali. The purpose of this project is also giving trainings to community leaders, youth and women to reinforce values of inclusiveness, women empowerment, religious harmony and equality.  Moreover, “Aik- Better Together” will produce public art installations in different cities so that people can recall the messages of Muhammad Ali Jinnah. “It was one in a life-time experience for me as I have never seen a hologram of Jinnah before. Also, the messages that Jinnah gave need to be reproduced massively in Pakistan.” said Mashal Fiaz who specially came to witness the hologram from Gujrat. “Aik-Better Together” plans to take the hologram screenings to Jhang, Karachi, and Swat in its first phase. “We wish to propagate Jinnah’s vision of a plural Pakistan to every village and city of Pakistan for it is very important that we as a nation take urgent measures to prevent our social fabric from being destroyed by extremists,” said the campaign’s representative.