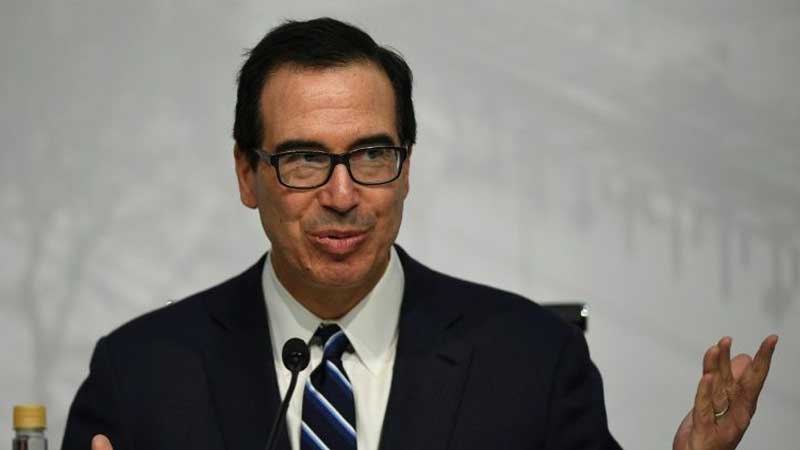 US Treasury Secretary Steven Mnuchin warned China on Wednesday against engaging in competitive currency devaluations as the two countries wage a trade war, in comments published in the Financial Times.

There are several factors behind the recent fall in the Chinese yuan, or renminbi (RMB), including economic issues in China, Mnuchin told the newspaper ahead of meetings in Bali, Indonesia of the IMF, World Bank and G20.

“As we look at trade issues there is no question that we want to make sure China is not doing competitive devaluations,” Mnuchin told the FT.

President Donald Trump has repeatedly accused China of manipulating its currency by allowing it to weaken to gain the upper hand the trade dispute with Washington.

The yuan has fallen for weeks against the US dollar, dropping nine percent in the past six months, which makes Chinese goods cheaper to import even with punitive US tariffs.

But the US dollar has strengthened four percent this year as interest rates have risen.

Mnuchin said he wanted to discuss the currency as part of trade talks with Beijing.

“We are going to absolutely want to make sure that as part of any trade understanding we come to, that currency has to be part of that,” Mnuchin was quoted as saying by the FT.

Mnuchin has no meetings scheduled with Chinese officials while in Bali, a US Treasury official said Monday.

Chinese officials were due to hold talks late last month in Washington to try to resolve the bitter trade dispute between the nations, but Beijing cancelled the meeting after Trump imposed punishing tariffs on another $200 billion in Chinese goods.

But US officials say they are open to talk.

“We’ve made our view clear to the Chinese. If they are ready to have meaningful discussions about correcting the trade imbalances and the structural issues that we have in the relationship, we’re willing to talk with them,” another official told reporters in Washington this week ahead of Mnuchin’s trip.