China says no objections to Saudi investment in CPEC 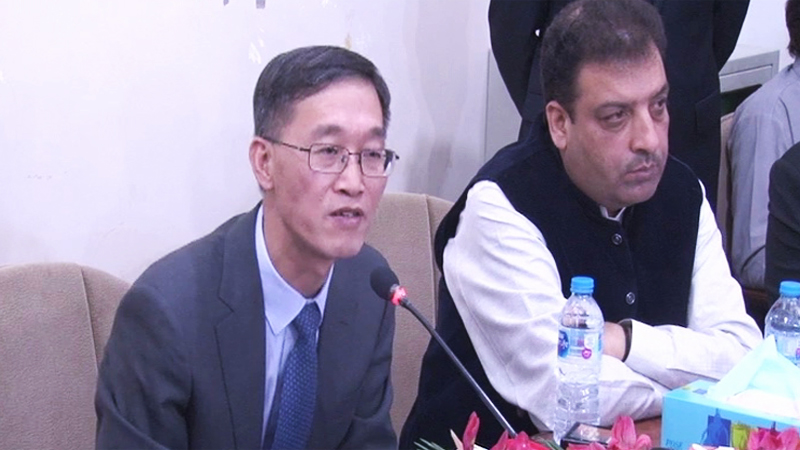 Clearing the air on recent news about Saudi Arabia’s entry into the China-Pakistan Economic Corridor (CPEC), the Chinese Ambassador to Pakistan Yao Jing on Wednesday said his country had no objection to Saudis investing in the project.

“We welcome investment in CPEC,” the ambassador told journalists at the Quetta Press Club.

Later, however, the government clarified that Saudi Arabia would not be made part of the $50 billion CPEC framework and the kingdom’s proposed investments would fall under a separate bilateral arrangement.

“The framework between China and Pakistan is bilateral and Saudi Arabia is not entering that framework as a third-party investor, rather the base of CPEC will be broadened and its pace will be expedited,” Minister for Planning and Development Khusro Bakhtiar said in a press conference.

Speaking further at the press briefing on Wednesday, the Chinese ambassador said that CPEC projects had been reviewed and consensus developed over the inclusion of new projects after the formation of the new government in Pakistan.

“Both sides will keep working on the ongoing projects under CPEC and have them finished as scheduled,” Jing said, adding, “For the next stage of the project, we will focus on joint ventures in the social sector. It has also been decided to give more resources to western provinces.”

The ambassador expressed his desire to link the million dollar undertaking to Central Asian states via Afghanistan. He said CPEC would open new vistas of development and prosperity in the region.

Further, he assured the gathering that CPEC had entered a new era and that jobs would soon be created for the people of Pakistan. He noted that Balochistan offers numerous opportunities to investors in terms of agriculture, livestock, mines and minerals.

During his visit to Quetta, Ambassador Jing also addressed the Quetta Chamber of Commerce and Industry. At the chamber of commerce, he was urged to establish a Chinese consulate in Quetta to address concerns of local businesses. The ambassador said he would discuss the proposal with higher ups in China.