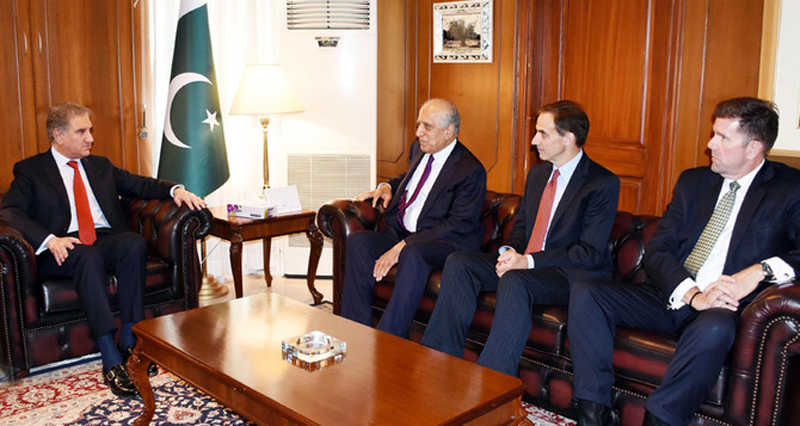 Saudi Arabia enjoys significant influence over Afghan Taliban and remained active in the process in the past.

Zalmay Khalilzad’s appointment as Special Representative by Secretary of State Mike Pompeo is seen as a major shift in the US policy to focus on political efforts after the failure of President Donald Trump’s strategy announced last year in August to defeat the Taliban militarily.

Sources maintained that Pakistani officials made it clear that they had no objection to Saudi Arabia’s inclusion in Afghan peace process as it played a positive role in the past in bringing Taliban to the negotiation table.

In Riyadh, Ambassador Khalilzad is expected to meet top Saudi security and intelligence officials, besides meeting the political leadership of the Kingdom.

Credible sources told Daily Times that during talks in Islamabad, both sides identified hurdles in the Afghan peace and reconciliation process and agreed to remain engaged in dialogue to bring Taliban on negotiations table with Kabul government on board as well.

A US embassy spokesman in Islamabad said during his stay in Pakistan, Special Representative Khalilzad met with key Pakistani officials.

The spokesman said Ambassador Khalilzad consulted with Pakistani leaders on how best to achieve a durable political settlement in Afghanistan.

“Peace in Afghanistan is vital to the long-term stability of Pakistan and the wider region”, Ambassador Zalmay Khalilzad was quoted as saying by US embassy spokesman in Islamabad.

“First meeting to be hosted by Russia on Afghan peace process would be held by the end of this month or in the first week of November, finalisation of dates is linked with availability of all participants”, Pakistan’s Ambassador to Moscow Qazi Khalil told Daily Times on phone from Moscow

He said this meeting was earlier planned for September 4th but was postponed on the request of Kabul government, which wanted some time for consultations.

Khalilzad had earlier accompanied the US Secretary of State Mike Pompeo to his September 5 visit to Islamabad. In Kabul, the US envoy urged Afghan government and the Taliban to form teams for peace negotiations, according to reports.

Khalilzad has embarked on his first visit to countries, which can play role in Taliban reconciliation, after the Taliban political representatives and senior US officials met in Qatar in July. The second meeting was expected in expected in September but a Taliban source has confirmed to Daily Times that the meeting could not take place apparently due to the appointment of Khalilzad, who will now oversee the whole process.