From Drain the Swamp to government Sachs

Until now, Gary Cohn, the former president of Goldman Sachs, has been the invisible member of the Trump Administration. Now we know why: he has been busy preparing favors for his old pals on Wall Street. In an interview with the Wall Street Journal on Thursday, Cohn said that Trump was preparing to sign an executive order designed to pave the way for a broad rollback of the regulatory regime that the Obama Administration and Congress introduced after the disastrous financial crisis of 2008 and 2009.

Although Cohn gave few specifics, his comments suggested that the Trump Administration wants to hobble the Consumer Financial Protection Bureau, which Congress created to protect the interests of ordinary Americans and investors; reduce the amount of capital that big banks such as JPMorgan Chase and Bank of America have to hold in reserve; spare some non-bank financial firms-such as major insurers-from the enhanced scrutiny they have been subjected to in recent years; and scythe away other key elements of the 2010 Dodd-Frank Act. “This is a table setter for a bunch of stuff that is coming,” Cohn said in reference to the executive order, which Trump signed on Friday.

During last year’s campaign, Trump portrayed both Ted Cruz and Hillary Clinton as pawns of Goldman Sachs. And after the self-described “Leninist” Steve Bannon took over as his campaign C.E.O., Trump broadened his critique, at one point depicting Lloyd Blankfein, Goldman’s C.E.O. and Cohn’s old boss, as a member of a cabal of global financiers who had “robbed our working class, stripped our country of its wealth, and put that money into the pockets of a handful of large corporations and political entities.” Even when it was happening, though, it was clear that all this rabble-rousing was mainly for show.

Although Trump campaigned as an economic populist, his brand of populism was simply old-school Reaganomics-giveaways to the rich and pro-corporate deregulation-rebranded with a nationalist and protectionist twist. After the election, Trump stocked his Cabinet with Wall Street billionaires and mega-millionaires-Wilbur Ross, Steve Mnuchin, Cohn-who had benefitted personally from the lax regulatory regime that was in place before 2010. A week after the election, I commented that the Trump transition was “one of the biggest bait-and-switch operations in recent history.”

Investors took notice. For big trading houses like Goldman, Morgan Stanley, and JPMorgan, the regulatory regime is a key driver of profitability. In the past six years, higher capital requirements and other restrictions introduced as part of Dodd-Frank helped drive down some banks’ return on equity-a measure of their profitability-by more than half. Partly in anticipation of upcoming regulatory relief, bank stocks have been rising sharply since the election. Indeed, Michael Madowitz, an economist at the Center for American Progress, has calculated that five financial stocks account for more than forty per cent of the rise in the Dow Jones Industrial Average since November 8th. The jump in Goldman’s stock alone accounts for a quarter of the over-all rise. On Friday morning, bank stocks rose again. At noon, Goldman was up four per cent.

One wonders what Trump voters in Michigan, Wisconsin, and western Pennsylvania think of all this. Perhaps they have been distracted by his tough talk on trade, his anti-Muslim travel ban, and his Twitter wars. Perhaps some even believe that what is good for Wall Street is good for them, although that wasn’t what Trump said during the campaign. In any case, Trump voters and everybody else will now get to watch as the Administration guts a regulatory regime that was designed to prevent another taxpayer bailout of Wall Street. Of course, the Trump Administration won’t present things this way. As Cohn did in his interview with the Journal, they will argue that they are simply removing some bits of the reform package that were overdone and have proved counterproductive. “I’m not sitting here saying we want to go back to the good old days,” Cohn said to the Journal. “We don’t want to do it in an unregulated way. We want to do it in a smart, regulated way.”

If you are convinced by this, I’ve got a fabulous new synthetic subprime-mortgage C.D.O. that you might be interested in investing in. The Dodd-Frank reforms and the other rules that the Federal Reserve and its fellow-regulators introduced after 2008 can’t be considered individually. They were designed to work together as part of a new regulatory regime that reduced the level of risk in the system. They did this by reducing leverage levels-i.e., how much banks can borrow from other financial institutions-and by proscribing certain trading activities, as well as by forcing big banks to draw up “living wills” that would enable the government to wind them down, rather than bail them out, if they got into trouble.

The new system isn’t perfect, but so far it has been working. Big banks have a lot more capital and liquidity than they used to have, and they are less liable to blow up at a moment’s notice. As Ben Bernanke, the former head of the Federal Reserve, pointed out last year, the reform process is an ongoing one. “A key element of the strategy is that it gives banks strong incentives to shrink or otherwise restructure themselves to reduce the risk they pose to the financial system,” Bernanke, who is now at the Brookings Institution, wrote in a blog post. The big banks, of course, don’t want to restructure or shrink further. They want more freedom to increase the size of their balance sheets by borrowing more money, to make risky trades, and to issue risky loans without busybodies from the Fed and the Consumer Financial Protection Bureau sticking their noses in. And now, it appears, the banks will get what they want.

As part of that process, it seems inevitable that Trump will have to get rid of Bernanke’s successor, Janet Yellen, who is also a strong supporter of the post-2008 regulatory regime. Unless the Fed reverses much of what it has done since 2008, particularly its edicts forcing big banks to hold more capital, there is only so much that the Trump Administration can do to free things up. But Yellen’s presence is only a temporary roadblock. Her term is up next January, and there are plenty of people on Wall Street who would be more than happy to replace her. 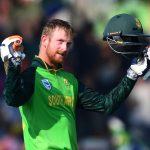 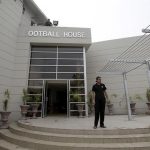 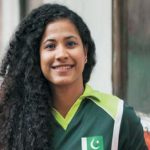 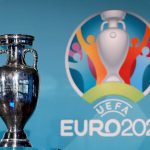 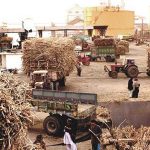 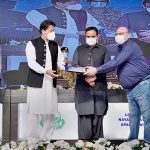 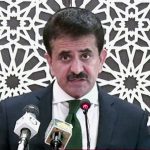 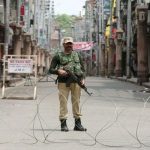 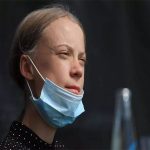