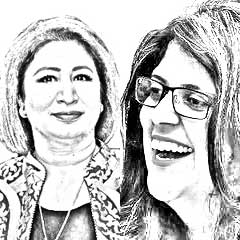 Local Government on a Trampoline

Therefore, instead of leading the debate on minutiae, the role of federal government should be strategic guidance and standard setting

According to the official handout, Prime Minister Khan is of the opinion that people can make their own decisions only through an effective and strong Local Government System (LGS) and PTI believes in transfer of power to the masses at the grassroots level in the real sense.

The most popular member of the Jacobin club, Rousseau is, also, considered to be an extreme democrat for espousing the ideal of direct democracy. Inclusive local governments and citizen’s engagement takes us close to that ideal. Constitutionally, LG for Pakistan is already embedded in Article 37 (i) of the Constitution that states “Decentralize the Government administration so as to facilitate expeditious disposal of its business to meet the convenience and requirements of the public”. Article 140 (a) makes it a mandatory tier of government stating that “Each Province shall, by law, establish a local government system and devolve political, administrative and financial responsibility and authority to the elected representatives of the local governments”.

The institutional memory informs that LG is the rather convenient manifestation of the legislative as an arm of the government. Since 1958, LG is pretty much, in transition with incessant debate on roles and responsibility. It has also, been a classic case of Catch 22 – when there was LG there wasn’t an elected political government; and when there was an elected government at the helm of affairs LG was on hibernation mode. The federal incubator approach i.e. Federal legislation protecting it from provincial governments and political parties, led to its weak institutionalization and immunity to stand on its own two feet.

The current debate presents an opportunity to the federal government to cover the governance deficit and deepen democracy. But, this cannot be achieved if the debate remains trapped in finding the best way to replicate and mirror LG structures rather than focusing on what stops LG from delivering to the citizens. On structuring, a 3 tiered LGS has been functional (good, bad, ugly) across Pakistan during 2001-2009. Post the eighteenth amendment, Provincial governments had interim structural customization and functional sub tiers of LG. Legislatively 2013, onwards, Punjab, Sindh and Balochistan had Union Councils and District Councils in the rural areas and Union Committees and Municipal Committees in the urban areas. Whereas, Khyber Pakhtunkhwa provided for Tehsil Councils and Village Councils in the rural areas and Neighborhood Councils in the urban areas. Hence demonstrating that it does not require uniformity of structure for LG to function and be conduit of service delivery.

Therefore, instead of leading the debate on minutiae i.e. how to replicate sub tiers and size of administrative units; the role of federal government should be strategic guidance and standard setting. The standards should emphasize responsive service delivery, citizen engagement and inclusive governance. The LG performance standards should be applicable across provinces, benchmarked against citizen satisfaction, which can be assessed through tools like social audit. Transformational LG debate needs to move away from how it suits the different power holders to how it improves the lives of the citizens it serves.

For the PTI government to bring in meaningful reform it must push for structured accountability by strengthening LGC. The call for evidence has come from LG representatives, time and again.   As per law, LGC can undertake audits. This should be standardized across provinces through mandatory mid-term social and performance audit of all sub tiers of the LG.

Local Governments need fiscal resources, autonomy and space to deliver on local demands. Fiscal decentralization makes the LG accountable for their performance especially in relationship to service delivery. Fiscal resources wise LGs are in the strait jacket of PFCs across provinces e.g. in KP 60% of the provincial allocable share is earmarked for the local governments; whereas in Punjab under interim PFC, it is 44%. Irrespective of allocated percentage, it is important to ensure outreach of this fiscal lifeline to the lowest sub tier of the LG. This will automatically bring in compliance to the standards of accountability and service delivery and the same could be measured under LGC led audit.

At present, LGs have negligible opportunity to increase fiscal space. Futuristic concept of citizen engagement recognizes importance of corporate citizen, individual citizen and citizen groups. These groups have human, technical and fiscal resources. The local governments need capacity to engage, leverage and partner with them to deliver on local needs by enlarging fiscal space which can be a uniform standard and incorporated in provincial legislations.

We have hidden behind the oft repeated mantra of low capacities far too long in order to not devolve financially. In an era of entrepreneurship, the argument is hackneyed. LG standards need to ensure that LG legislation provides opportunity to engage with local businesses and the third sector. This will allow collaborative initiatives, both for citizen engagement and service delivery, which are innovative and owned by local communities.

In a context defined by patron client politics, it is important for the health of the body politic to set such LG standards that do not allow the provincial governments, much less an individual i.e. CM of a province, to have the sole authority to fire or suspend heads of LG. The mechanism of removal of LG heads therefore, needs to be clearly defined in legislation which may involve local councils as well. Ideally, this function should be placed under LGC. At present, the provincial governments can also bring LGs to a standstill by invoking the audit requirement and freezing development funds. This function should also be entrusted to an autonomous LGC.

Some of the gains of LGO 2000, were relinquished under the 2005, amendments, partly due to pragmatic concerns and partly due to the tussle between bureaucracy and elected representatives. This was, also, subsequently repeated as well. The politician-bureaucracy interface leads itself to maneuvering in a bid to centralize power. This requires shift of mind set which will only take place through repeated iterations of the system to help change attitudes and set ideas.

The party-based LGS can easily be advocated among the provinces. Reportedly current debate is considering direct election of the head of the District government. This is not as simple as it appears. For example, all residents of Lahore will vote to elect Mayor for the Lahore District. This means Mayor’s constituency will be of the size of 14 National Assembly constituencies. Thus, resulting in another level of centralisation of power and elite capture, that may also create a monstrous impasse with provincial government if they are from two different political parties. LG system and electorates both are not ready for this.

Responsive citizen engagement needs a mandate and an anchor body to organize and legitimize it. Local government is that mandated body. Responding to local needs demand creation of customized models of institutionalized service delivery, fiscal growth and citizen engagement. Continuity of LG would ultimately have the highest share in overall democratic maturity and an iterative socio-governance contract. Therefore, austerity of thought process is also advised and all steps may need not to be taken at one time.