The disturbing case of kerbing a medium of commuting

The people of Pakistan have had enough; dear readers. We lost one part of our beloved country to politics as we sat silently. Even though we did not give in to terrorism, we definitely lost our peace and serenity in the name of doing more; we shed tears, venerate the killed as martyrs, but never utter a word of hopelessness. We consigned our dignity to oblivion by begging for aid and simultaneously gaining notoriety over Panamagate scandal; we maintained tranquillity. We forgot what it feels like sitting in an air-conditioned room in harsh and clammy summers due to excessive load shedding; we kept our lips sealed. We lost our access to gold jewellery due to rocketing prices but we still kept our mouths shut. But now we have had enough. We cannot and shall not tolerate the groundless, meaningless and unreasonable kerb, which was on the verge of being put on app-based ride-hailing services.

I am glad that our Interior Minister took notice of the alleged ban, which was reportedly being imposed by the authorities in the federal capital, Punjab as well as Sindh. Being a woman, I know what harassment my fellow females face every single day while commuting from residences to their respective workplaces and back. My extremely overprotective parents would have never allowed me to travel alone from the airport to the hotel and vice versa on my visit to Islamabad had these services not been operating in the city. My experience with one of these app-based taxi services was flawless; from the condition of the vehicle and courtesy shown by the driver to the smoothness of the ride and the fare charged, everything was worthy of high praise. I have been travelling in public transport since my teenage years and believe me when I say that these taxis are, in fact, a blessing definitely, not anymore, in disguise.

The notification issued by Punjab Provincial Transport Authority, whether for mere internal communication or for proper implementation, asserted that these cab companies are providing transport services without obtaining the mandatory fitness certificates and de rigueur route permits which are, in turn, causing huge financial losses to government exchequer as well as posing grave threat to the general public since “the drivers of these vehicles are not cleared by the security authorities”. Another reason behind initiating “prompt legal action against these illegal cab services” is the commercial use of cars registered in the private capacity. These concerns, along with the unmentioned ones, need to be probed in detail.

First of all, what fitness certificate is the government talking about? A piece of paper that elaborates on the good physical condition of the vehicle and declares it suitable to be loaded with and used by passengers? Yes, such a document is absolutely a prerequisite. But it is as equal a necessity for these vehicles in perfect shape as it should be for those in the evidently reprehensible state. Boneshaker rickshaws, banger wagons, cheap jeeps (operating on narrow, twisting roads of northern areas), wrecked Suzuki FX and Mazda 808 cars that can be seen propelling even today on federal capital’s roads and enriching its environment with sooty smoke, and clunker buses in which nothing much is left except for their frames and leather-torn seats… our remorseful eyes are accustomed to seeing these jalopies reigning our roads. Should these not be first given respective fitness certificates, as the queue is long and candidates should principally be addressed on the first-come-first-serve basis?

Taking at hand the issues of route permit and clearance of drivers simultaneously is significant in the regard that these may concurrently pose a security threat to the users of these services, i.e. general public. The necessity of permits, as explained on the website of Government of Punjab’s Transport Department, is: “No owner of a motor vehicle shall use or permit the use of the vehicle as a transport vehicle in any public place unless he obtains a permit from Regional/State Transport Authority for the purpose”. This, along with proper authorization of drivers, can definitely ensure the safety of passengers by eliminating some amount of risk involved when it comes to the probability of one or few drivers being involved in terrorist activities or other social evils, including rape and abduction. Though some accounts of harassment have been recently narrated by victims where, to illustrate, drivers had asked them to stay in the car for a little longer, these incidents are surely less in number than those that occur daily in buses where men feel no shame in occupying the compartments and/or seats allotted to ladies.

As far as life threat is concerned, terrorism is as equal a peril in this case as is the rash driving by regular operators; the latter actually takes a little more, if not an equal number of, lives than the former. And if the authorities are afraid regarding the losses of people, such as theft and larceny, then they first need to read the third point printed on every ticket issued by Lahore Parking Company (LePARK) that can be translated as: “Company would not be responsible in case of fire, storm, bomb blast, theft or any kind of loss.” If not this then kindly recall the phrase that we find mentioned on boards positioned in the middle of every parking stand: “Parking at your own risk”. This implies that despite handing over Rs 30 to the ticket collector every time we park our cars in these marked areas of parking lots, we and only we are responsible for our losses and we are, actually and factually, only paying for the places our cars occupy. So the case is not much different from thievery that might occur in any private taxi.

The answer to why privately owned cars are used on commercial basis lies in the fact that companies like Uber provide entrepreneurial opportunity wherein anybody can drive after fulfilling a few minimum requirements, which include being at least 18 years of age and having an ‘eligible’ vehicle (the model year 2001 or newer, no cosmetic damage or missing pieces, with seats and seat belts, etc.). Valid CNIC, driving license, and proof of vehicle registration are compulsorily required to be submitted after which a proper driver-screening test must be cleared.

The last concern is of the financial losses being caused to the government. The Sindh administration escaped from sharing the burden of facing any such criticism by revealing its intention to only bring the operation of these services “under the ambit of law”. This is exactly what needs to be done if these incomes and expenditures are to be taxed to generate revenue; barring such facilities from operating is not and cannot be a solution.

If Pakistan is a democratic parliamentary republic then such decisions should not be made without hearing the voices of the public. Meter-less, expensive, unsafe and uncomfortable junkers are finally being replaced with affordable and safe vehicles using which people, especially women and children, can commute on daily basis. The authorities should, therefore, focus on formulating long-term regulatory policies for these and already operating transport services.

The writer is a student of Biotechnology with an interest in current affairs, politics and journalism 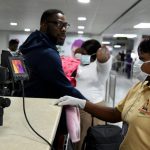 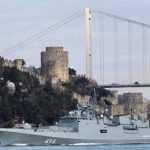 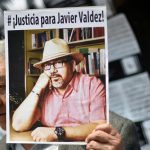