Discrimination against minorities in the name of religion 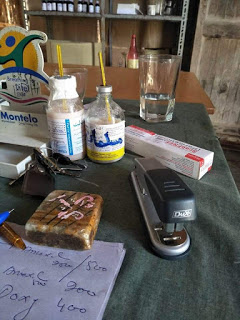 So, I came across this picture which had gone viral on social media. It showed somewhere in Pakistan a doctor had reportedly designated separate thermometers (a device that measures temperature) to give to patients depending on their religion.

If you were a non-Muslim in Pakistan, you couldn’t get the medicine from bottle marked/labeled as Muslim and I started thinking and evaluating what us Muslims have been doing over the past century or so. Are we really Muhammadan? Are we really following the true essence of Islam?

It seems as if we have forgotten the message of equality and love that Islam teaches. It teaches us that no light skinned person is better than a dark person or vice versa, but it is their actions which makes them better.

Part of the problem is that major Muslim nations around the world practice a discriminatory approach towards non-Muslims. For example, no Middle Eastern/Arab country will give you nationality or passport of their country, be it Saudi Arabia, UAE, Kuwait, Oman or Qatar. In a nutshell, there’s no process of naturalisation or obtaining nationality of these countries.

We, so happily criticise the West and make sweeping statements that West is racist. Yet, it is the West that allows Muslims to come to their countries, work, settle, bring families, practice their own religion freely without discrimination. One of the very best examples of this is the Mayor of London (Sadiq Khan) –  who is son of a Pakistan Muslim immigrant.

Today, there is a group that even criticises Muhammad Ali Jinnah for appointing a Hindu Jogendra Nath Mandal as minister of Law and Labour, who eventually was forced to immigrate back to India.

Jinnah’s decision was to bring minorities and empower them to bring about a peaceful progressive Pakistan, but alas, that dream was in tartars from the very beginning when bureaucracy of country started to usurp power and the first step towards doing so was to question the patriotism of minorities.

Some elements within the ruling PTI government, too, are guilty of inciting such tensions. For example, PTI activist attacked ex-PM Pakistan Mian Nawaz Sharif’s house in Avenfield London. They openly harassed Reham Khan ex-wife of Imran Khan and her son and the party has been part of a conspiracy to overthrow an elected govt by causing lock-down in Islamabad.

PTI failed miserably to show a spine against religious extremists and reversed the decision of appointment of Atif Mian as economic advisor simply due to his religious beliefs. Lastly, PTI’s current Provincial Minister Fayyaz ul Hasan Chohan on his twitter profile stated “Adolf Hitler” as his favorite personality.

I genuinely hope that now PTI is in power it will re-analyse it’s strategy and try to work together with it’s allies as well as rivals for the future of Pakistan. If strategy of PTI leaders and supporters does not shun the policy of fascism, it will only create further alienation and extreme polarisation in society resulting in further intolerance and hatred, which is not something we can afford at any cost.

The concept of ridiculing your opponents’ name calling them, making accusations without any proofs and eventually convenient use of religious card is sending the country further deep into abyss of hate and intolerance.