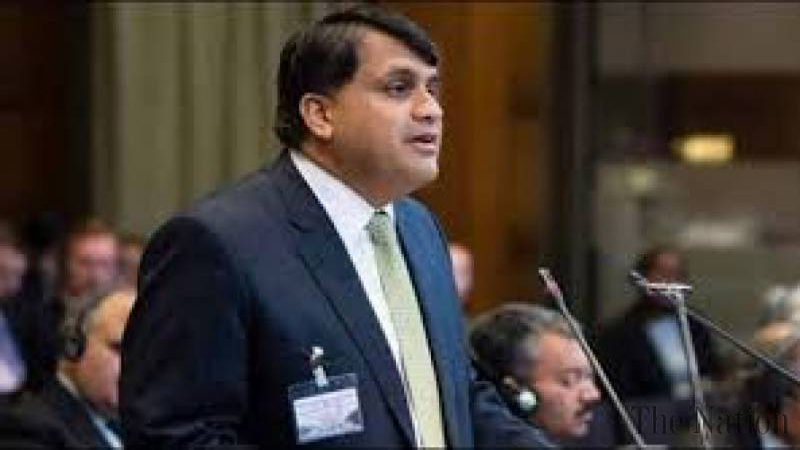 “Pakistan strongly condemns Indian aggression in the occupied valley,” Foreign Office Spokesperson Dr Faisal told a weekly press briefing. “We want to resolve the Kashmir issue as per the wishes of the Kashmiri people,” he added.

The spokesperson said the Kartarpur border issue along with other matters will remain pending if India doesn’t agree to hold talks with Pakistan. He said while Pakistan believes in Quaid-e-Azam’s principle of peaceful ties with neighbours, it has not made efforts to convince India to hold talks. He recalled that the first initiative to hold talks was, in fact, taken by Indian Prime Minister Narendra Modi who wrote a letter to Prime Minister Imran Khan following the latter took charge of his office. The spokesperson said that Pakistan will present a strong case against Indian spy Kulbhushan Jadhav at the International Court of Justice (ICJ). “Pakistan will not compromise on matters pertaining to national interests,” he reiterated.

Dr Faisal confirmed that a meeting between Foreign Minister Shah Mahmood Qureshi and US President Donald Trump had taken place. In the meeting, a positive exchange of views took place between the two leaders, he said.

On Shakil Afridi issue, the FO spokesperson said Pakistan’s stance remains unchanged. In response to a question, Dr Faisal said the US should hold dialogue with the Taliban. “We hope that the negotiations are fruitful,” he said. “We don’t want a single country to be held responsible for establishing peace in Afghanistan. All countries should play their part in this effort,” he said.