PM House, 13 other state buildings okayed for heritage, commercial use

* Museums, five-star hotels, art galleries and higher education institutions to be set up at these facilities 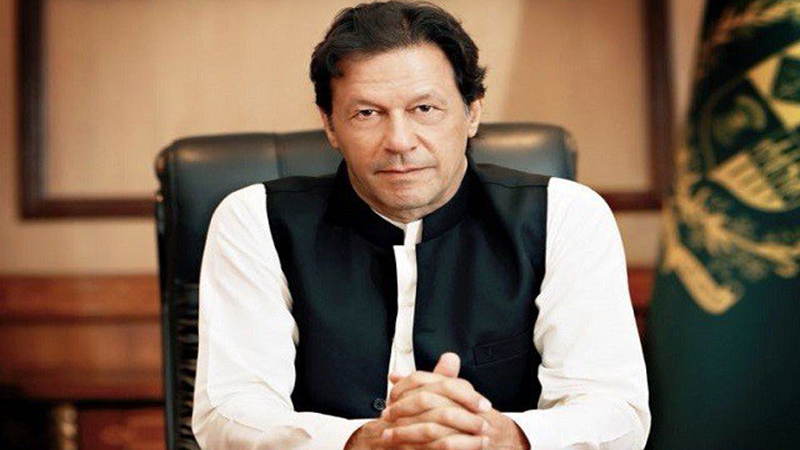 ISLAMABAD: Prime Minister Imran Khan has issued directives to all governors, chief ministers and federal ministers to start adaptive use of public buildings with heritage value.

According to a statement released from Prime Minister’s Office on Tuesday, Khan has written letters to these officials, insisting that the ruling elite cannot afford an ostentatious lifestyle given the huge economic crisis faced by the country.

The statement quotes these letters as saying that the PM has himself shown the way by choosing to live in a modest house, instead of residing in the 1,100 kanal Prime Minister’s House.

“He also personally believes that public buildings presently under use as Governor’s House, Chief Ministers House, etc can be put to a more productive use by allowing access of the public to these buildings and has advised all concerned public office holders to take action on future use of these buildings already approved by him on the recommendations of a Committee of experts on priority basis as he would be monitoring the progress himself through the National History & Literary Heritage Division,” reads the letter. According to the letter, the following adaptive re-use of public buildings has been approved.

Approximately 1,000 kanals of the PM and the President House will be turned into an Institute of Higher Learning under the Ministry of Federal Education and Professional Training in about three to five years. The Government House (Kashmir Point Murree) will be turned into a boutique hotel by the Government of the Punjab, through a lease agreement.

The Punjab House (Pindi Point, Murree) will be turned into a tourist complex under the Government of the Punjab, through lease agreement.

The Punjab House and the Governor House (Annexe) will be turned into Rawalpindi Institute of Information Technology and IT Park under the Government of Punjab in three months.

In the Governor House of Lahore, the building will be used as a heritage museum and art gallery, while grounds/lawns/park land and zoo will be opened to the public. A fence similar to the Lawrence Gardens will replace the boundary wall on The Mall. The school, medical centre, laboratory, library/gym, and madrasa/mosque will be fenced off, and a nominal ticket may be imposed on entry.

The Free Masons Hall in Lahore will be turned into Lahore Crafts Museum/Conference Centre for the Government of the Punjab within 200 days. The Chamba House of Lahore will serve as the new Governor House, office and residence. The State Guest House in Lahore will be converted into a five star hotel on lease, through open bidding within 100 days.

In the Governor House of Karachi, public activity spaces will be set up and public access will be provided to the gardens. The facility will be converted into an arts and cultural centre under the federal government and Sindh government joint control in 100 days.

In the Governor House of Peshawar, a Tribal and National History Museum, a Botanical Garden, and an Art Garden will be set up under the Government of Khyber Pakhtunkhwa in three years

The Governor House in Nathiagali will be converted into a boutique hotel by leasing it out to the private sector under the Government of Khyber Pakhtunkhwa.

The Governor House in Quetta will house a museum in the main building and an ethnography display museum in the annexe building. The lawns/gardens may be converted into ladies/children park with separate entrances.