After years in jail, ex-ETA militants still root for independence 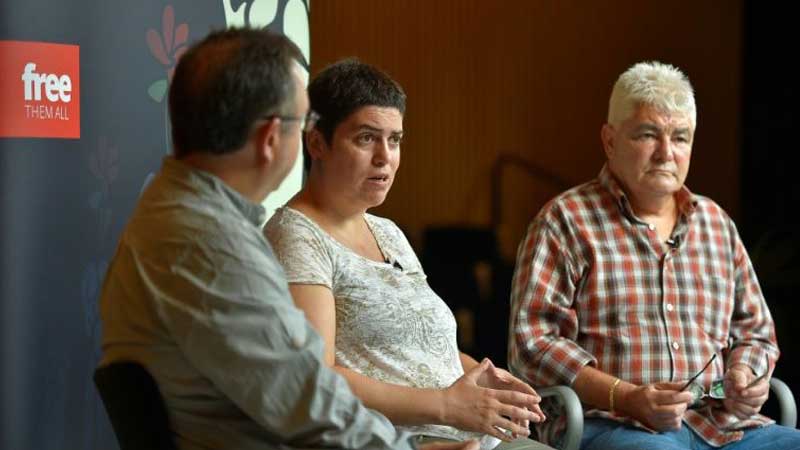 Antton Lopez Ruiz spent over 26 years in jail for his deadly militancy in Basque separatist group ETA. While that part of his life is over, his desire for independence is still very much alive.

“When someone comes to me and tells me ‘you killed’, it’s indisputable,” says Lopez Ruiz, 64, who agreed to speak with AFP along with two other former members of the Basque separatist group, Oihana Garmendia and Carlos Saez de Eguilaz.

Lopez Ruiz is particularly notorious for shooting dead Maria Dolores Gonzalez Catarain, known as Yoyes and who had been a leader of ETA before ditching it, in 1986 in the presence of her young son.

“We know we did harm, we take responsibility for it,” he says, sitting in an office of Basque separatist party Sortu in San Sebastian, where he, Garmendia and Saez de Eguilaz now campaign for better treatment for 268 of their peers who remain in prison.

The 1987 attack on a supermarket in Barcelona that killed 21 people — ETA’s deadliest — was “a strong blow” to the organisation, he says.

But “the Spanish state also has victims, it did harm but it doesn’t want to recognise it,” he says, as France and Spain prepare Monday to mark their cooperation in fighting the now-disbanded group in Madrid.

ETA is blamed for the deaths of at least 853 people and some 300 crimes remain unresolved.

On the other side, paramilitary anti-ETA death squads or far-right groups that emerged in the 1970s and 1980s are estimated to have killed some 62 people.

According to a report commissioned by the Basque regional government, more than 4,100 complaints of police torture were also made between 1960 and 2014.

The repression of Basque identity waged by Spanish dictator Francisco Franco is often cited as a reason why people joined ETA, founded in 1959.

Public use of the Basque language was banned, and Lopez Ruiz says merely wearing a red, green and white jumper — the colours of the Basque flag — could get you detained.

The former militant — who started working at a factory aged 14 where left-wing politics prevailed, influenced by armed struggles against colonisation or invasions taking place around the world — eventually fled to France and joined ETA.

What followed were years of living underground, waging attacks before he was detained in 1987.

Sitting next to him, Garmendia, 42, stops once to breastfeed her three-month-old baby.

She was born in 1976 after Franco died and the big question mark is why ETA continued to wage attacks — indeed most of them — once the dictatorship had ended.

Garmendia insists that in her Basque village, repression continued.

“I remember the police entering in the homes of my neighbours, one neighbour who was tortured,” she says of a brutal sexual assault that took place in the mid-80s.

Her neighbour, she says, was pro-independence but not part of ETA.

Like Lopez Ruiz, that and politics eventually drove her to the armed group.

She refuses to talk about what she did there, but was detained in 2009, accused of recruiting for ETA.

Independence on the cards

Like the other two, he now campaigns for former ETA members still in prison.

He says most are kept hundreds of kilometres away from their families, forcing relatives to travel extensively to see them.

Spain’s new Socialist government has promised to bring ETA prisoners closer to home as is recommended by law, having already transferred two to the Basque Country.

But this is fiercely resisted by Spain’s conservatives and some victims’ groups, which argue the prisoners should first repudiate ETA.

A vast majority of those jailed in Spain are also kept under the “first degree” regime.

This sees them kept in isolation in their cell from 17 to 21 hours a day, according to official prison regulations.

Excessive, says Saez de Eguilaz, for whom this jail regime is “based on vengeance.”

All three are still firmly pro-independence, scrutinising how other regions are starting to call for a right to decide on their future — peacefully.

“Catalonia has started to open this space, and Scotland did so before,” says Lopez Ruiz of the Spanish region’s attempt to secede in October 2017 and Scotland’s 2014 independence referendum.

Garmendia believes the Basque Country will eventually get the right to decide and choose independence.

“It’s a long, difficult process, but we’ll get there.”