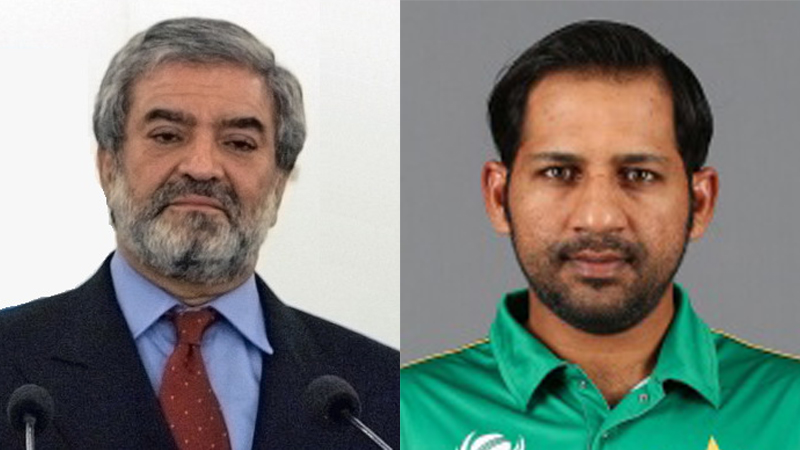 LAHORE: Pakistan Cricket Board (PCB) chairman Ehsan Mani has come out in support of captain Sarfraz Ahmed and showed full confidence in his leadership capabilities. The Men in Green had suffered a 37-run upset defeat against Bangladesh in the last Super-Four match of the Asia Cup. They also suffered two defeats against arch-rivals India in the tournament by eight and nine wickets respectively. Except a few knocks from Shoaib Malik, Babar Azam and Imamul Haq, the entire team’s batting and bowling performance in the tournament was below par. They even dropped catches while fielding but despite all of that Mani has backed the national side. The chairman was quoted as saying Friday: “When team wins, we all get appreciated, and now that the team has lost, they are asking for change but I want to make it clear that I don’t have any plans to bring change at this moment.”

Commenting on appointment of vice-captain, Mani said he would meet the team management in couple of days on the issue. “I will meet the team management in couple of days. We will have brief discussion on it and we will also discuss Pakistan team’s performance in the Asia Cup,” said Mani. It is worth to mention here that Mani is still in Dubai. He went to attend Asian Cricket Council (ACC) meeting during the ongoing Asia Cup. He is scheduled to travel to England from Dubai and will, later, arrive in Lahore
on October 17. From October 1 to 3, Mani will have a discussion with International Cricket Council (ICC) dispute committee regarding Pakistan’s case against India.