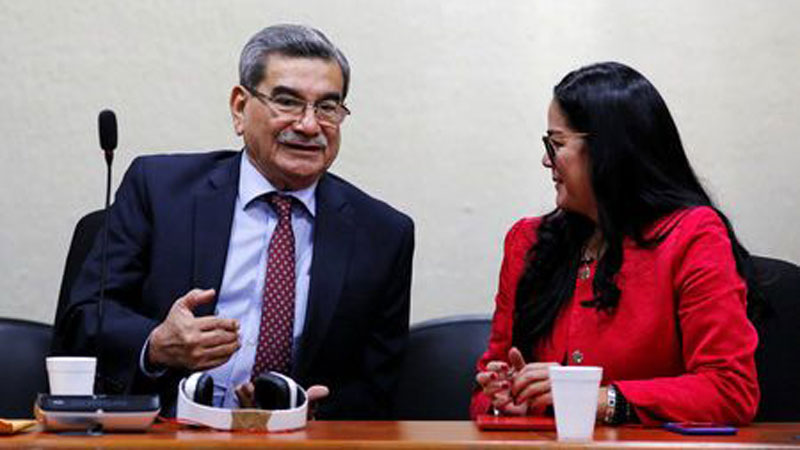 A Guatemala City court ruled on Wednesday that the crime of genocide had been perpetrated during the darkest hours of the country’s long civil war, but acquitted a former military intelligence chief of the killings. The verdict was the latest development in a stop-start search for justice by victims since the conflict ended in 1996.

Retired general Jose Mauricio Rodriguez, 73, was on trial for his alleged role in a counterinsurgency plan that killed at least 1,771 members of the Indigenous Ixil Mayans and displaced thousands more during former dictator Efrain Rios Montt’s 1982-1983 rule.

“This court unanimously resolved that the crimes of genocide and crimes against humanity are proven (to have happened) and acquitted the defendant Jose Mauricio Rodriguez Sanchez of both crimes,” said the court.

Two of three judges on the panel voted to absolve Rodriguez.

“There is no evidence that shows that the accused had knowledge of what was happening in the conflict areas … the accused could not issue orders due to the rank and position he held in the army,” said judge Delmer Gonzalez.

The sole dissenting judge, Sara Yoc Yol, said: “he should have been sentenced because he handed over all that information and as far as I’m concerned he is guilty of genocide.”

“I ask you give me my freedom. There isn’t a piece of evidence that I ordered the killings,” Rodriguez said Wednesday morning, in his last statement prior to the court giving its verdict.

Lawyers for the victims and their families said that testimonies from survivors had proven that acts of human rights violations and sexual assault were committed in Guatemala.

Family members of the Ixil Mayans and human rights groups laid out flowers, photos of those killed and candles as they waited for the verdict.

During the trial, the judges heard the testimony of 69 people and reviewed more than 600 documents.

Former dictator Rios Montt, diagnosed with senile dementia in 2015, was facing a new genocide trial overseen by a Supreme Court tribunal that was ongoing at the time of his death in April this year.

In May 2013, a court found Rios Montt guilty of genocide and crimes against humanity. But just 10 days afterwards, the country’s top court quashed the conviction on a technicality after persistent efforts by his defense team to derail the trial with complex appeals.