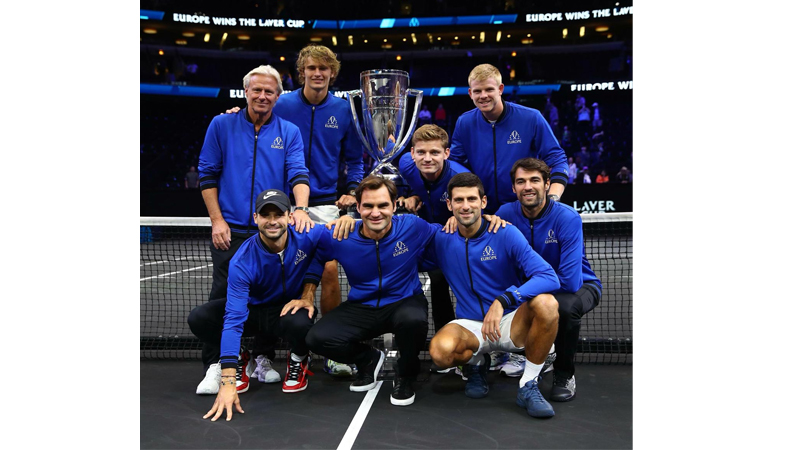 What an exciting week of Tennis! Team Europe prevailed after producing tennis of the highest order, and successfully defended their title against Team World in the process.

Federer came in his match against John Isner as Team Europe trailed by 7-8 points, with 3 crucial points up for grabs. The Swiss maestro saved three match points in the second set prior forcing a match tie-breaker, which was closely contested, with him winning it to seal the victory.

Federer came back from down under to put his team ahead 10-8 points, beating John Isner in a nail-bitter. Later on, Sasha Zverev turned his match around against Kevin Anderson – who defeated Djokovic in straight sets the other day – helping his team win its second straight Laver Cup.

Zverev came in this match with Team Europe leading 10-8 points, his team was one win away from the title. While Team World needed to win their remaining 2 matches: Zverev against Anderson and Djokovic against Kyrios, to secure the title. Zverev was trailing 7-5 in the match tie-breaker against Anderson prior winning 5 consecutive points to win his match.

His victory over Anderson gave the visitors an unassailable 13-8 points lead over the hosts. Consequently, the final between Novak Djokovic and Nick Kyrios was not played.

Federer and Zverev played a pivotal role in helping their team cross the finishing line in the three-day competition, both of them winning five points each across the last two days – when the matches are worth more points, which is two and three points per match on day two and three, respectively – to help their team win this tournament.